The Chairman of the Central election Commission (CEC) Ella Pamfilova has demanded to understand the reasons for the refusal of the acting Governor of Khakassia Victor Zimin from the second round of elections of the head of the region. 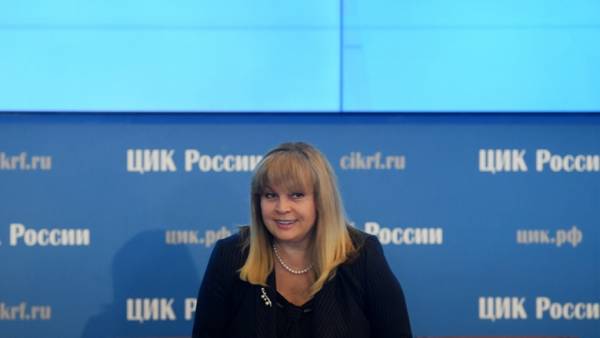 According to her, if the reason was not valid, there is reason to claim from him compensation spent on the preparations for the elections money, Pamfilova said at the CEC session on Wednesday. She noted that if the Governor cited poor health, probably health does not allow him to perform the duties of the head of the region before the elections.

Two weeks on the organization of the second round was spent 2.7 million rubles, said the Chairman of the electoral Commission of the Republic of Khakassia Alexander Coumarin.

The money is not yet allocated, but the rest of the week in the local administration promised to Finance a campaign.

By law, a candidate can refuse to participate in the campaign no later than five days before the election. Later this can be done only because of “compelling circumstances” (limitation by the court of legal capacity, serious illness, persistent health disorder of the registered candidate or his close relatives).

If the reason is not valid, incurred by all election commissions in the preparation and conduct of elections expenses shall be recovered from the candidate and the nominating party.

Earlier, the acting Governor of Khakassia Victor Zimin refused to participate in the second round of the gubernatorial election. He recorded a video message explaining to the citizens of the Republic. Zimin explained that he withdrew his candidacy “in order to prevent a split in Khakassia, my native home.” He noted that during the time that he was the head of the Republic (nine years) of Khakassia “stronger”. “We have maintained the main company,” — said. “The Republic and I was brought down a torrent of criticism. I’m not complaining, I’m a politician and understand what it is. But I was at the center of a powerful information campaign, the purpose of which was the change of government in the Republic of Khakassia,” — said Zimin. According to him, during the first round of the elections, the people expressed their distrust of “government rate”.