The United States has evidence of the presence of Russian Armed forces on the territory of Donetsk and Lugansk regions of Ukraine. About it in interview of radio station “Echo of Moscow”, said the special representative of the US state Department on Ukraine Kurt Volker. 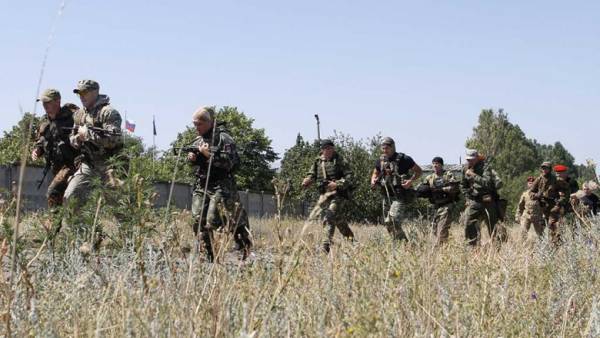 “We have very good information about the commanders, chain of command, troop types, their funding, the number of regular soldiers of the Russian army, the number of specialized units, and most of the forces are contract soldiers,” he said.

According to him, the US has a rich experience in the production of such information. “I’ll be very Frank: the US acted in the same way in other places where we used contractors to Supplement the military operations of the United States, and in this case it was exactly the same situation. Is direct Russian command and control through the chain of command, including regular troops, regular officers, but most of the forces are contractors, paid by Russia,” added Walker.

He also noted that the self-proclaimed Donetsk and Luhansk people’s republics are fighting in the different countries. “Some of them are citizens of Ukraine, who are employed on a contract basis. Many of them are not. Some of them — citizens of Russia, some Serbian, some from Belarus,” said Walker.