The largest ever extinction was instantaneous

Judging by his speed, we are talking about is still unknown catastrophic processes of enormous proportions. 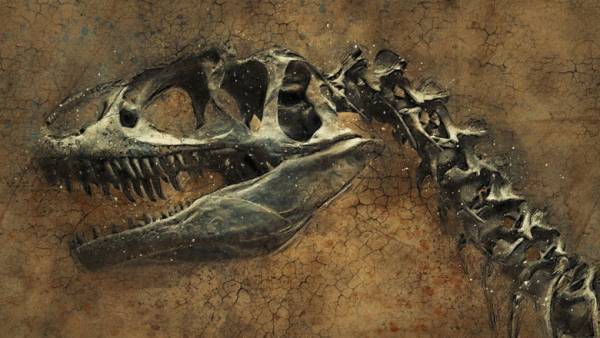 Scientists from China, Canada and the USA have studied sediments from southern China, related to the boundary of the Permian and Triassic period of the Great extinction — the mass number forever lost species. According to new data, the Permian extinction happened in no more than 31 a thousand years — and very likely faster than a thousand years. For the largest events of this kind it is very fast and quite difficult to explain. The corresponding article was published in the Geological Society of America Bulletin.

The researchers used uranium-lead method of Dating layers with finds of fossil organisms for the analysis of sediments from southern China (in its place in the Permian sea). The age of one “border” layer (before him there are many finds of Permian organisms, and after these finds are no more) was equal to 251,939 ± 0,031 million years. This is consistent with other datings of the Great Permian extinction.

Due to the fact that a new layer is taken in a very bioproductive area of an ancient seabed, the accuracy of the new Dating is much higher than in previous works. The fact that the biomass accumulates faster in certain sediments, the greater the thickness of the sediment per unit of time.

Because the rate of biomass accumulation was found in sediments about a hundred times higher than in the previously dated locations, the researchers were able to much more accurately estimate the duration of extinction.

It took no more than 31 thousands of years, and this “upper bound” due to specific measuring techniques. Most likely, the duration of extinction was much less, probably less than a thousand years. It is exceptionally fast, in geological terms — almost instantly.

The authors adhere to the previously popular point of view that the Great extinction happened because of the mass eruption of volcanoes in Siberia, saturate the air with carbon dioxide, which caused disastrous warming. However, the submitted data do not fit together with this hypothesis. On the basis of fluctuations in the levels of various isotopes in the studied layers, seawater in the period of extinction here has become warmer by 3-5 degrees Celsius, and after its completion is 6-8 degrees Celsius. The problem is that on Earth occur regularly rapid warming of seawater by 3-5 Celsius, for example at the end of the last ice age warming of the oceans was even worse — however, no extinction, the more so significant as the Permian, when this did not happen.

Earlier, at the beginning of 2017, the group of Swiss researchers using a more precise Dating of the events of the Permian extinction found that its beginning coincided with a sharp retreat of the waters of the ocean is warming, and cold.

Warming has occurred only then, when a mass extinction of living beings almost stopped the consumption of carbon dioxide by plants, and volcanic in its origin CO2 began to rapidly accumulate in the atmosphere, causing a massive greenhouse effect.

The causes of the Permian extinction even in this, a more likely variant of extinction due to cold, is still unclear. 66 million years ago, the cold snap is similar but on a smaller scale happened after the fall Chekalovskoe of the asteroid. However, the crust is periodically updated by 50 percent for 200 million years. This means that if the crust of the Cretaceous period have been preserved, and traces of falling of an asteroid on it, the main part of the bark of the time of the Permian extinction has sunk in earth’s mantle, and to find traces of the fall of a large asteroid if it was the cause of this event, is unlikely to succeed.