WASHINGTON, September 25. /TASS/ — the head of the Pentagon said that the American side appreciates what exactly is the offer of the Warsaw and what is its potential. 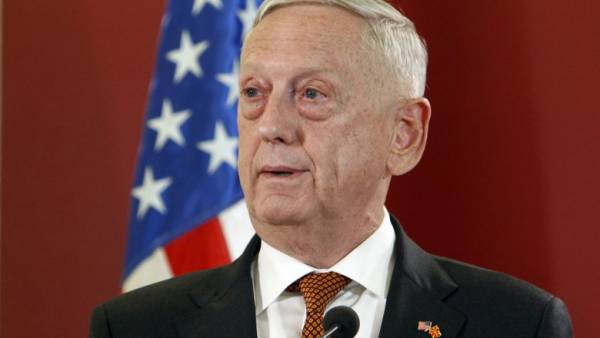 The United States did not take any decision about the possibility of placing a permanent us military base in Poland, the issue is at an early stage of discussion. This was stated to journalists by the Minister of defence of the USA James Mattis.

“Now we assess what is Polish, what is the potential of what we offer” — are the words of Mattis on the website of the Pentagon. “We are at the stage of study,” — said the Minister. “We have not taken any decisions,” he added.

“We are still at an early stage, we work together and appreciate the offer from Poland” — said Mattis.

On September 18 at the Washington press conference, the President of Poland, Andrzej Duda has urged the U.S. government to be sent to the Republic more American troops, which, according to him, in the interests of both the US and Poland as contributing to the security of the latter. Duda said that during his talks with US President Donald trump they joked about creating in Poland the American military base called “Fort trump.” Previously, Warsaw had declared its readiness to allocate $2 billion for the establishment of such a database. Trump on the same day told reporters that he is “very seriously considering” the proposal of the Polish President.