Lock and skeleton key. Israel is ready to counter the s-300 in Syria

With the emergence in Syria of “Triumph” risks for the participants of the conflict and the conflict itself has features of a real war. 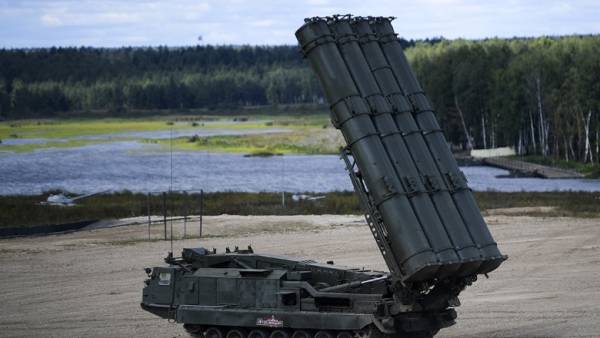 In early October, Russia will give the Syrian Arab Republic (SAR) anti-aircraft missile system s-300. This was stated by the Minister of defence of Russia Sergey Shoigu. According to him, this step “cool hot heads” in the region and deter them from “rash actions”.

The Minister did not specify who he meant, but the full list of measures that will be taken after the death of the reconnaissance aircraft Il-20, worried anyone. For example, in neighboring Syria the Mediterranean sea by systems of radio-electronic struggle (REB) will be suppressed satellite navigation, radar systems and communications.

Russian anti-aircraft missiles were supposed to be in Syria at the beginning of the decade, the corresponding contract was signed in 2010. But a year later in Syria erupted into civil war, sanctions were imposed by the United Nations. Not finding another buyer for SAM, Russia has announced the utilization of ready-made complexes. The money — $400 million — had to return to Syria.

For a long time “Favorites” (also known as C-300) was the subject of secret negotiations between Russia and Israel. According to the former defense Minister of the Jewish state, Moshe ya’alon, Moscow, Russia “received signals” on the undesirability of their supplies in Syria and went to meet.

Israel, for its part, tried to smooth the corners of the Syrian crisis: Prime Minister Benjamin Netanyahu said “no problem” with Bashar al-Assad; there were the most favorable conditions are the Russian group. “The Russians didn’t even need to coordinate with us their actions… They and we are able to identify the planes to each other,” RIA Novosti quoted an unnamed source involved in the development of mechanisms of cooperation between the two countries. For comparison, the American pilots at that time complained that the Russian in the skies of Syria behave “like football fans”, making dangerous maneuvers near NATO aircraft and will not respond to queries. “We don’t even know, they see us or not”, — quotes The Wall Street Journal a complaint with the American pilot.

The death of Il-20, which the defense Ministry blamed Israel, has undermined trust between countries. According to the Ministry, the Israeli side has deliberately entered Russian military misled about the strike area and warned about the beginning of the operation in just a minute. As a result, under fire of the Syrian air defense was a Russian plane that failed to leave the danger zone, killing 15 soldiers.

The tragedy highlighted the already evident, in General, the fact that the two countries have different interests in Syria.

From a military point of view Israel had the right idea: in 2017, the United States warned Russia about the attack Syrian air base — as a result of the Tomahawks smashed the empty hangars. Not having the US and given the increased risk from Syria’s air defense on 26 February, Israeli F-16 was shot down by a missile s-200, the Israeli military could consider that good manners towards the main ally of the SAR be too expensive.

“We’re fighting terrorists that pose a threat not only for our country but for the entire world community. And the Israelis are fighting with Iranian units, while striking the objects of the Syrian infrastructure, which is unacceptable,” — said the Deputy Chairman of the Duma Committee on defence Yury Shvydkin. It seems that the Russian leadership has come to the conclusion that, while maintaining conflict-of-interest repetition of the tragedy can not be avoided: Switchin proposed to “close the sky” for the Israeli air force over the areas where the Russian military.

The willingness to blow