Farted. Like animals the world has led to environmental disaster

MOSCOW, September 25 — RIA Novosti, Alfia Enikeeva. Not only people can spoil the environment — environmental harm cows, sheep, beavers, trees, and microorganisms, began to transform the planet long before the emergence of intelligent beings. 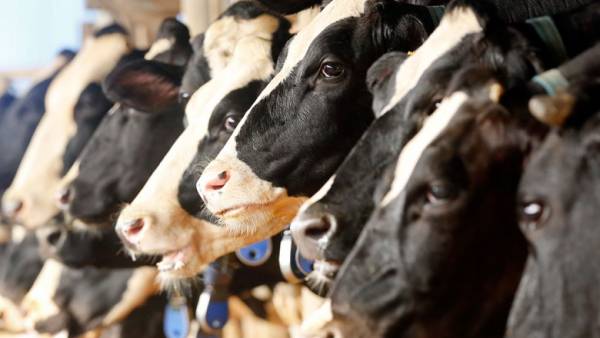 RIA Novosti says about the most dangerous creatures that have brought the biosphere to the brink of survival.

The Earth was very long oxygen-free atmosphere and hydrosphere. Air and water were dominated by carbon dioxide, methane, hydrogen sulfide, ammonia. So the planet was inhabited by mostly anaerobic organisms — those that do not need oxygen. Supply all missing, and anaerobes thrived.

About 2.5 billion years ago, and perhaps much earlier, cyanobacteria produce free oxygen, and it was the beginning of the end of the familiar world.

First produced by the microorganisms available oxygen absorbed rocks, formed the ozone layer. When surface rocks and gases oxidized, the oxygen went into the atmosphere. Approximately 850-600 million years ago it became so much that the air was literally poisoned.

For anaerobes it was a real disaster: the oxygen for them is the terrible poison, so most of the Proterozoic organisms became extinct. Left a few, including our ancestors, who managed to adjust and get used to the deadly gas.

This, by the way, benefited them — oxygen exchange allows you to get much more energy, and that means you can increase the size of the body and to synthesize new substances. The larger the cell, the more DNA and more complex its structure — accordingly, there is a chance to become multicellular. So the ancient ecological disaster turned out the first step toward the emergence of man.

Drove the fish out of the water

Four hundred million years ago, in the Devonian period, the Earth’s climate was very hot and small bodies of water constantly dry up. And large were Packed heavy plants falling due to poorly developed root system.

In our time organic would have jumped a myriad of organisms-decomposers and quickly turned it into inorganic and simple organic compounds. But then the planet they were few and they were unable to “digest” all the drowned trunks. In addition, the processing of the fallen trees he left almost all the water contained in the oxygen. Therefore, as pointed out in the book “Got a link” the Russian anthropologist Stanislav Drobyshevskiy, the mass death was a regular thing for Devonian fish.

The result is the most cunning of them, including our lobe-finned ancestors, grew my lungs and neck.

And to make it easier to go around the reservoirs encountered in the debris of trees, they first walked on the bottom (the fins are turned into a thick conical spines, which later became the legs), and then climbed onto the land.

Talking about the greenhouse effect, causing global warming. And the blame is not only people, but cows, or rather their digestive system.

In the gut of cows in the digestive process of fermentation, produces methane — one of the main greenhouse gases. Blowing gases, animals enhance the greenhouse effect.

In 2006 the experts of the Food and agriculture organization of the United Nations declared that 18 percent of the “anthropogenic” greenhouse gases actually allocates cattle. Two years later, Dutch scientists have estimated that one cow a day produces 400-500 liters of methane. If the animal feed more nutritious food, the amount emitted is considerably reduced.

However, to make it easy, say German and British researchers. The quality of food depends on the environment. In warmer regions, the forage is less nutritious, as the temperature increases in grasses increases the amount of poorly digestible fibrous material. Thus, global warming reduces the quality of feed and cows release into the atmosphere more methane, which in turn further increases the temperature. It is a vicious circle. To cut this Gordian knot can only be significantly reducing the livestock population, scientists say.