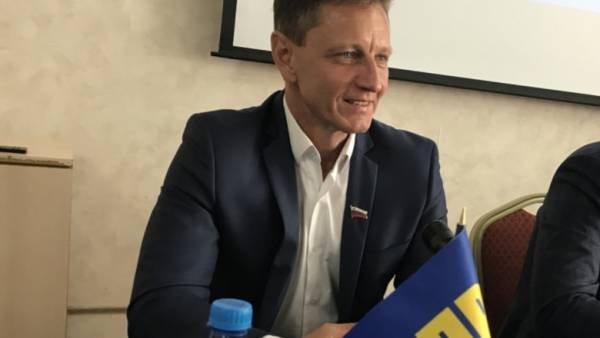 The candidate from LDPR Vladimir Sipiagin gaining the second round of elections of the Governor of Vladimir region 57,03% of the vote according to the results of processing 100% of protocols, leaving behind the current head of the region Svetlana Orlova nominated by “United Russia”. As stated in the CEC, the election campaign was held without serious violations, and prerequisites for cancellation of results of elections there.

“Following the results of processing 100% of protocols Mr Sipiagin scored 57,03% of the vote, Svetlana Orlova received 37,46%”, — reported in the election Commission of the Vladimir region.

Thus, in Vladimir oblast, and Khabarovsk Krai, and on Sunday also hosted the second round of gubernatorial elections, the results of the vote won by the candidate from LDPR — the far East Sergey Furgal has bypassed the current head of the region Vyacheslav Shport, having received nearly 70% of the vote.

A member of the CEC of Russia Alexander Kinev, who worked in the Vladimir region on September 23, said that the election campaign in the region has become one of the “most pure and consistent with law.”

“From my point of view, elections in the Vladimir region were maximally clean, and prerequisites to ensure that they were cancelled, or the results were revised, no,” said Kinev.

He, however, clarified that the final decision on the results of the election will be made after consideration of all of the complaints.

In the second round, as told Deputy Chairman of regional election Committee Sergey Kanishchev, the regional election Commission considered only two complaints on violations that do not affect the voting results. All, according to him, the electoral Commission has received 16 complaints, but 14 of them were transferred to territorial and precinct election commissions. In particular, Kanishchev said, one complaint was received from the member wick from the Communist party with the right of Advisory vote in Alexandrov — he complained that the TEC untimely answers to his queries. Also reported a complaint of possible bribery of voters in Kovrov, but police found no evidence of this information.

During data entry of protocols of regional election Commission reported about a possible failure in the work of the “gas “Vybory”, which within an hour, approximately half of the territories it was impossible to enter the data of protocols on the voting results. Members of the Commission even had to go to the TEC of the Leninskiy district of Vladimir, where for several hours did not allow representatives of the PEC. Later, however, the panel explained the need to avoid provocations.