Proven by science: five effective ways to extend the life of

MOSCOW, 24 sen — news, Alfia Enikeeva. Every year scientists discover the genes associated with aging processes in the body. However, global studies show that the duration of human life depends not only on genetics. Proper nutrition and lifestyle are sometimes more important than of bad heredity. 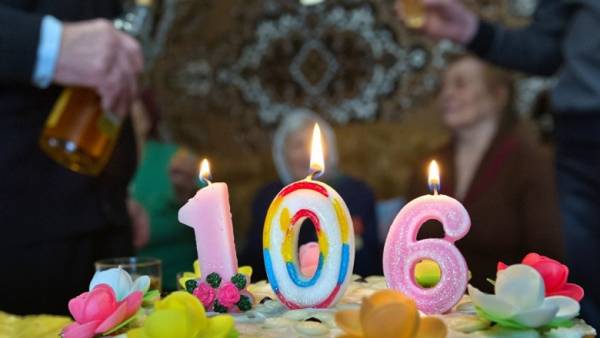 Almost thirty years ago, two independent groups of scientists from the National Primate research center in Wisconsin and the National Institute of aging in Dickerson (USA) has launched the same experiments: typed groups of rhesus monkeys and began to feed them low calorie foods, limiting portion sizes. The results obtained after two dozen years of observation, was the exact opposite.

In the first case of a monkey sitting on a low calorie diet lived significantly longer than animals from the control group and less likely to have died from diabetes, cancer and cardiovascular diseases. Their relatives from the National Institute of aging was not so lucky — although they were also healthier than the primates in the control group, lived apes about the same.

The dispute was resolved when the scientists combined their efforts.

It was found that elderly macaques have reached those who put on low-calorie diet in adulthood.

On average, they lived two to four years longer than their counterparts in the control group. Some individuals even crossed the threshold of forty years, about one and a half times the duration of life characteristic of these primates in captivity. The same monkeys who are limited in food since childhood, lived about the same as normal animals.

The researchers suggest that these results can be applied to humans, homo sapiens still applies to primates.

Scientists from the Harvard school of public health named after T. H. Chan in Boston (USA) recommended periodically to starve. According to their recent study, the temporary refusal of food improves the processes of energy metabolism in cells and allows for longer maintain good form.

In other words, regular short fasting slows the aging process.

To such conclusion researchers have come, having studied the metabolism in the body of roundworms Caenorhabditis elegans. It turned out that one of the reasons for the rapid aging of nematodes (these animals do not live more than two weeks) disruption of mitochondria, responsible for energy cells. Over time, the mitochondrial network wear out and begin to produce free radicals, toxic cells and in violation of the metabolism. However, if you periodically reduce the number of calories consumed to a minimum, then the mitochondria will be able to work longer in the correct mode, which in turn will slow down age-related changes (because cells will not suffer from free radicals) and increase life expectancy.

Effective ways to live longer — to live an active lifestyle and try to walk more, say researchers from McMaster University (Canada). For a long time they watched 130 thousand people from 17 countries, constantly updating data about their health, social and economic situation and lifestyle.