Moscow. September 24. INTERFAX.RU — the Council of Ministers of Italy, unanimously approved the decree “on security and migration”, which received in the country the name “the Decree Salvini”, informs on Monday news Agency ANSA. 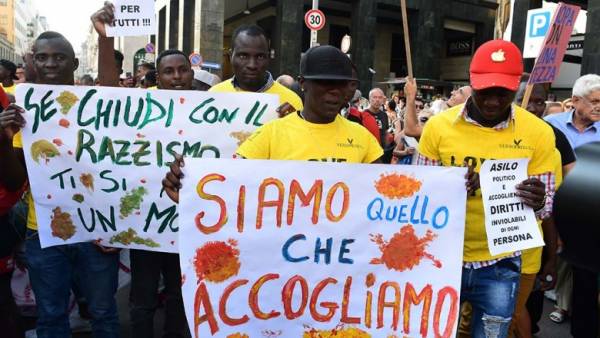 The decree facilitates the expulsion of migrants and gives more room in order to deprive them of citizenship. In particular, among the measures — deprivation of citizenship of people accused of international terrorism, as well as the suspension of requests for asylum to migrants who are accused of drug trafficking, sexual harassment and infliction of grievous bodily harm.

The initiator of the bill Deputy Prime Minister and interior Minister of Italy Matteo Salvini applauded the adoption of the decree. “I’m happy. This is a step forward to make Italy more safe”, — he wrote in Facebook.

The Prime Minister of Italy, Giuseppe Conte, said that the new decree will make the Italian legislation a more effective. “We are reviewing the legislation to make it more effective, while fully respecting human rights and international agreements,” he said.

The Italian Parliament has 60 days to vote to decree became law.