Furgal won elections of the Governor of Khabarovsk Krai

KHABAROVSK, September 23 — RIA Novosti. The candidate from LDPR Sergey Furgal has won elections of the Governor of the Khabarovsk territory, according to data of the CEC. 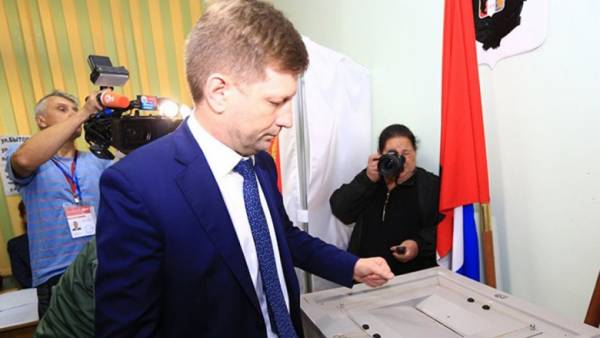 The electoral Commission of the Krai approves the results of elections of the Governor in three days, told journalists the Chairman of the electoral Commission of the Krai, Gennady Namesnow. He noted that all election results are processed and entered into system gas “Elections”, thus, changes can no longer be. According to him, arrived in krayizbirkom complaints are unable to influence the outcome of the election, they were fair.

Namesnow added that the inauguration Furgala will take place next week. Prior to that, he should resign of the Deputy of the state Duma.

The ballot was presented to two candidates — the United Russia Shport and the candidate from LDPR Furgal. The election for Governor in 2013, they also were rivals.

Elections in the Khabarovsk Krai took place on 785 sites. Two hours before the end of voting, the turnout was almost 43 percent. In total, the voter lists made 979 thousand people.

The cancellation will not

The CEC head Ella Pamfilova said that the picture of counting of votes on election looked clear. According to her, violations that could result in the cancellation of the election, were recorded. However, she also lamented the “unprecedented level of information collection”.

Secretary of the CEC, Maya Grishina of Russia also stressed that it was not revealed serious violations in the voting process.