In the Krasnodar region FSB officers detained a citizen of Ukraine, collecting information about located in the region of military facilities. The detainee was an employee of the security Service of Ukraine (SBU), reports “Interfax” with reference to the press service of the FSB in Kuban. The man was expelled from the Russian Federation. 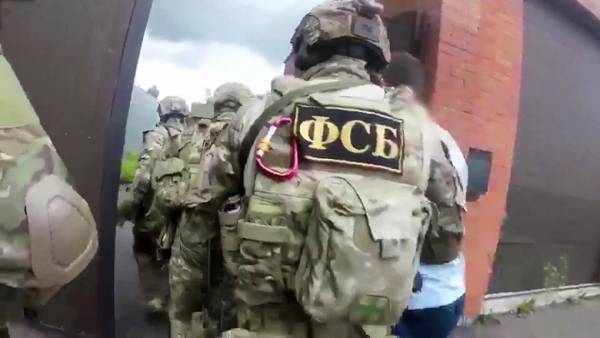 “On the territory of Krasnodar region was opened by the SBU Sergey Stefanenko, who attempted to collect data on located on the territory of the Kuban military facilities and monitored the movement of military equipment and find out information on staffing of the defense Ministry”, — noted in a press-service UFSB.

According to Russian authorities, Stefanenko came to Russia ostensibly for the purpose of employment and residence. The Ukrainian was declared the official warning about the inadmissibility of Commission of crime under article 276 of the criminal code (espionage).

In February employees of FSB have detained in Simferopol Ukrainian Konstantin Davydenko. He was suspected of espionage in favor of special services of Ukraine. Davydenko collected and transferred to the Ukrainian intelligence information related to state secrets. It was about the activities of parts of Regardie and a separate FSB. Against Davydenko opened a criminal case under article “espionage”.