The result of the recent second round of gubernatorial elections, a number of experts have rushed to announce “a systemic crisis of power”, and that not only United Russia, but the authorities in General inferior to their positions. And now certainly they will lose in the near future. 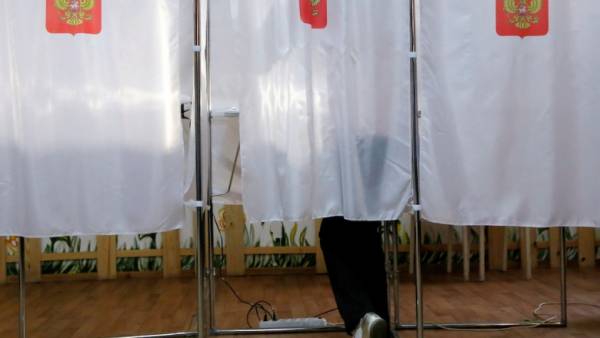 However, if you look at the numbers, it is not so, although, of course, for EP the passage of several gubernatorial candidates from the opposition parties and was not something pleasant. However, it should be noted that such “difficult” for the ruling party of regions is four. Thus, while only two of them the opposition won. In Primorye, the election results cancelled and will need to look like in the end, elections will be held.

On the other hand, in Khakassia, the candidate from the ruling party withdrew his candidacy, and it is still possible to calculate a “technical defeat”. But the bottom line, while the account of the campaign 22:3 in favor of the ruling party. By the way, it is worth Recalling that chose this cycle is not only governors. Elected and the deputies of different levels. And in the 9 regional parliaments, 16 in which the elections were held, speakers were representatives of “United Russia”. And all this against the background of unpopular Federal subpoenas and aggravated protest.

By the way, characteristically, members of the EP have become speakers in Parliament “difficult regions”, in the same Khakassia and Irkutsk region. That, in General, shows not so clearly negative assessment of the “ruling party” from the population.

Another important issue, it is likely in the future. Let’s say you are right, those who said that irritated population voted “for anyone, just against the government”. But what’s next? That is, as competent as administrators, managers and regional politicians of the opposition candidates became governors?

If still competent, then, in General, for them no problem. But if they demonstrate their inefficiency to their posts now, the “people’s love” may very quickly end up with very real political consequences. Elections tend to be repeated regularly. And, as recent events have shown, in some regions, with unpredictable results.