Bild: Berlin police took Peter Verzilova under the protection of

The Berlin police took members of punk band Pussy Riot Peter Verzilova under protection. On 24 September, wrote the German tabloid Bild with reference to the founder of the “Cinema for peace” Yak of Bisila. 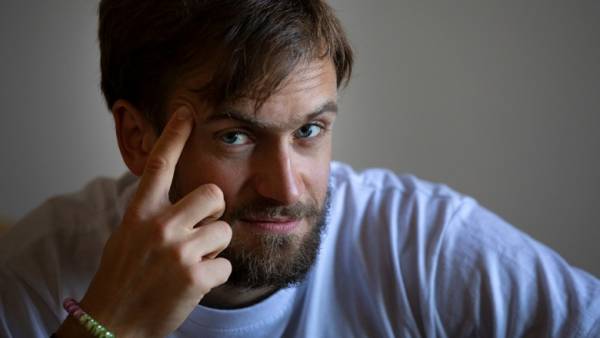 According to the newspaper, Verzilov and other activists Pussy Riot “feel the danger” in Berlin. According to Bisile, which oversees the activists, two unknown men followed the Manager Verzilova to the hospital. After that the police decided to put security at the campus, where is the Russian.

Also, according to Bild, police were sent to the house where relatives live Verzilova.

The police of Berlin, the publication refused to comment on the security measures Verzilova and his family.

Pussy Riot activist and publisher of “media zones” Pyotr Verzilov was in intensive care in Moscow on 11 September, shortly after the court session on the administrative case against his girlfriend Veronica Nikulinoj. He was reported in serious condition. According to Nikulinoj, Verzilov told her that “going blind”.

According to “Interfax”, the Russian doctors have ruled out poisoning of the animals. A source said that the activist entered in a “pre-stroke condition”. However, close Verzilova believe that he was poisoned. He was taken to the Berlin hospital, and on September 18 the German doctors declared that he had found in his body traces of toxins.

September 24 it became known that the lawyer Dmitry Dinze asked the Investigative Committee in Moscow to check possible poisoning Verzilova. The reason for this was the article of “media zones” where journalists have gathered the basic facts and accounts of what happened to her publisher.

Read also: Khodorkovsky: poisoning Peter Verzilova due to the death of journalists in the Central African Republic