The Russians from space to flirt with the daughter of trump

Russian cosmonaut Oleg Artemyev made from orbit a compliment to the daughter of the President of the United States. 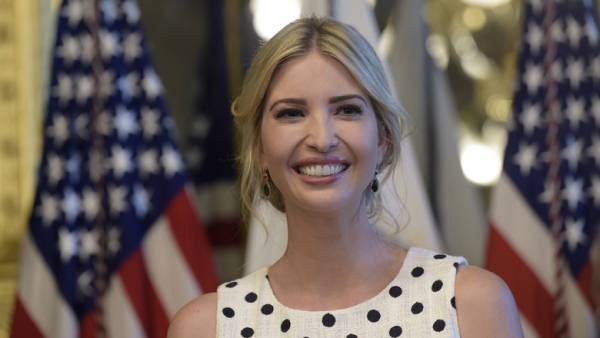 They exchanged phrases during the last visit of the space center in Houston. A video of the visit posted on YouTube.

“When I see you on TV and in the news, my mood is improved,” said Artemyev, adding that he considers Ivanka is a kind and sweet man.

In response, she thanked the crew and said it was very nice.

The daughter of Donald trump as an Advisor to the head of the American state, spoke with the ISS crew a little more than ten minutes: thanked them for their humanity accumulated experience of space flight and referred to the return of the man on the moon.

September 13, the American journalist Eric Berger spoke in his article about the difficulties in the relationship between NASA and “Roscosmos”, which may occur in the near future. The reason for this publicized in the media the information that Russia considered the actions of the American astronaut as a priority version of the damage to the hull of the ship “Union”.

On 30 August it became known about the air leak on the ISS. The cause of the problem was the crack in the hull of a Soyuz docked at the station. Damage caused by the impact drill on the skin. The astronauts managed to repair the hole.