“It is not necessary to heat the alcohol.” Autumn depression and how to fight it

— RIA Novosti, Irina Halecky. At the end of September in social networks are traditionally popular Internet memes about depression — autumnal melancholy ridiculed in various comic situations. And for good reason: the lack of sun, puddles under his feet, the lack of vitamins — all of these seemingly little things cause seasonal loss of strength in almost all. 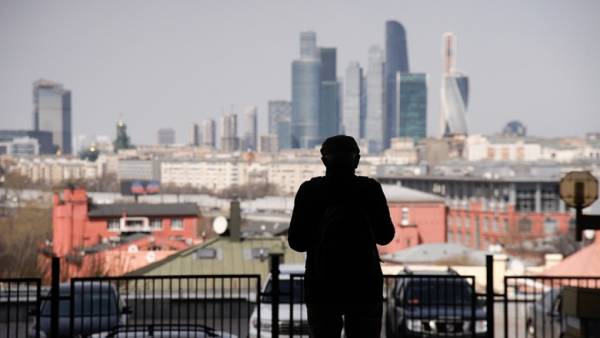 According to the observations of psychoanalysts, from year to year at this time there is a surge of affective disorders. RIA Novosti asked the experts how to prepare for the autumn and the melancholy differs from an ordinary bad mood.

Sadness makes to hide in a cave

In September and Oct is changing the natural regime: the days are becoming shorter, the person feels a decrease in the overall tone, stalling for dessert. Acute sleepiness — there is a desire early to go to bed and in the morning a little longer to lie in a warm bed. Longing and inexplicable melancholy piled a heavy load.

Seasonal depression, which affects almost all people on earth, there is not just.

The culprit, according to psychologists, — evolution.

Ph. D. Maria Kiseleva explains that such behaviors inherited from the ancient people: then no weather stations and applied knowledge about the nature of the body itself signalled about the changes in weather conditions.

“For example, if the pressure drops, then there is a hurricane risk — you need to seek shelter. Ancient people were concerned, were looking for somewhere to hide. Some now carry a “weather station”, also called the climate”, says she.

Thus, according to Kiselyova, people’s desire to associate a bad mood and apathy with the weather conditions too exaggerated.

“Many complain of feeling unwell in the autumn and winter, and boldly call it depression.

I hasten to disappoint: this depression is subject to very few people. If we’re talking about a real serious disease, that it is only one percent if seasonally — no more than three percent.

And the climate, who really feel the slightest changes in nature, too few — only about three percent”, — quotes the psychologist.

As not to confuse the illness with sadness

Experts nevertheless draw attention to the fact that the poor autumn mood yet, you should not ignore. From painful recurrent (seasonal) depression it differs only by how long a person is experiencing discomfort and how much it hinders to live. Moreover, melancholy can develop into a severe depressive episode, if there are contributing causes.

Associate Professor of the Department of neuro – and pathopsychology, faculty of psychology, Moscow state University, candidate of psychological Sciences Elena Rasskazova said RIA Novosti, first you need to understand the cause of the bad mood.

From the point of view of biology it’s simple: in the morning the retina of the eye needs to get sunlight. When he’s not there, serotonin (happiness hormone) in the body are underfunded.

“In the summer, this problem does not happen, but in the fall, when we get up and going to work in the dark, and in the evening we go back again in the dark or doing something with artificial light, the mechanism is broken. It is no coincidence that the Blues clearly expressed in parts of the world close to the Arctic circle, where daylight is very short. In the end, there drowsiness, apathy, reduced concentration, everything goes wrong” — lists Rasskazova.

According to her, even now practiced light treatment — produces special glasses that the patient wears in the morning, like illuminating the retina of the eye. As a result, the body adapts to the desired cycle, respectively, the mood is also improving. “In General, for autumn and the melancholy it is better to prepare in advance: there are no special innovative recipes, all very casually”.

A good effect is physical activity, as improves the exchange of oxygen in the blood. You also need to eat properly, focusing on foods with vitamins D and B — recommends it.

The psychologist said that affective depressive disorder, from which people sometimes can’t get out for weeks, looks exactly the same as ordinary depression.

There is a range of symptoms: depression, independent of circumstances, loss of pleasure, fatigue, feelings of worthlessness, anxiety, fear, low self-esteem, suicidal thoughts, loss of appetite, insomnia. Psychiatrist at diagnosis is required to find at least two such symptoms.