Furgal gaining nearly 69% of the vote after treatment 50% protocols

KHABAROVSK, September 23 — RIA Novosti. The candidate from LDPR Sergey Furgal with a significant advantage in the lead on elections of the Governor of Khabarovsk territory after treatment, more than half of the protocols, according to data of the CEC. 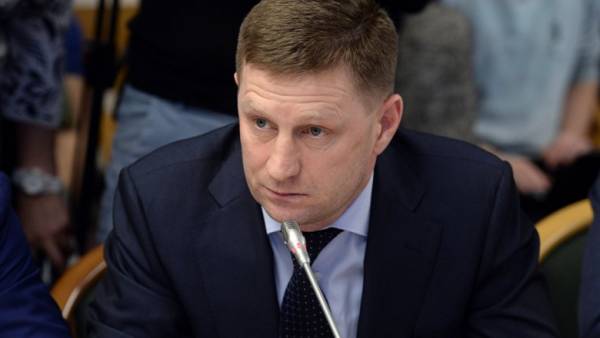 According to the CEC processed 50,76% of the protocols. Furgal gaining 68,87% of the votes, the incumbent Governor, United Russia Vyacheslav Shport of 28.49%.

Second round of elections of Governor took place on 23 September in Khabarovsk Krai. On the ballot two candidates Shport, the state Duma Deputy Furgal. The election for Governor in 2013 Shport and Furgal also were rivals.