CEC told how on their second tours in the regions

MOSCOW, September 23 — RIA Novosti. The vote in the second round on elections of heads of the Khabarovsk territory and the Vladimir region, judging by the reports from the interior Ministry and the regional electoral commissions is held without major violations, all very calmly, said the Deputy head of the CEC of Russia Nikolay Bulaev. 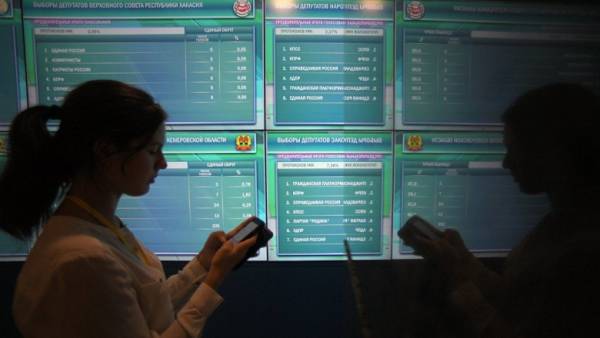 “The reports we have from the electoral commissions of the constituent entities and the organs of internal Affairs, special no violations,” said Bulaev.

According to these reports from the interior Ministry and election commissions, “some sverhkrupnyh situations there,” he said. According to him, there are the usual characteristic of election campaigns of regional level situation. “There are some remarks to one another and to the candidate, there is some discontent expressed by the observers or members of commissions with deliberative vote,” he explained.

Judging by the messages received on the hotline of the CEC of Russia, election is held quietly enough, he added.

“There are some violations. Yesterday there were cases of illegal campaigning one of the candidates. As for today, the General background is no different from what goes on in other elections at the same level”, — concluded Bulaev.