Lukashenko said the talks with Putin, heavy, but effective 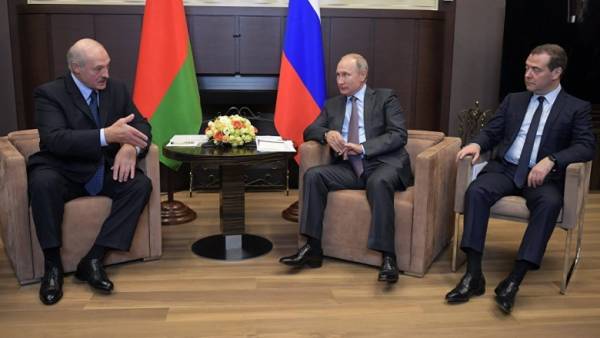 Lukashenka added that Russia and Belarus have come to a complete understanding on issues of mutual deliveries of agricultural products and in the next week will develop an appropriate plan. “We came to the conclusion that literally within a week will develop an indicative balance, that is the plan of mutual deliveries of agricultural products,” he said.

The presidents of the two countries have developed two options for dealing with “peritumoral” oil and dark petroleum products supply from Russia. Now, as stated by Mr. Lukashenko, have to choose which is the most suitable. In addition, the heads of Russia and Belarus “reached full understanding” in the development of industrial cooperation, said Alexander Lukashenko.

At the meeting they discussed issues of political cooperation in the framework of the EEU, CIS, CSTO, and further construction of the Union state, as well as Ukrainian issues. These issues, said Mr. Lukashenko, were discussed in a positive way.

Negotiations between the Russian and Belarusian presidents took place in Sochi on September 21.