UN, September 20 — RIA Novosti. The agreement on the stabilization of the situation in the zone of de-escalation of Idlib in Syria, reached by Russian President Vladimir Putin and President of Turkey Tayyip Erdogan, circulated as an official document of the UN security Council, told RIA Novosti press-Secretary of the permanent mission of the Russian Federation at the world organization Fedor Strzygowski. 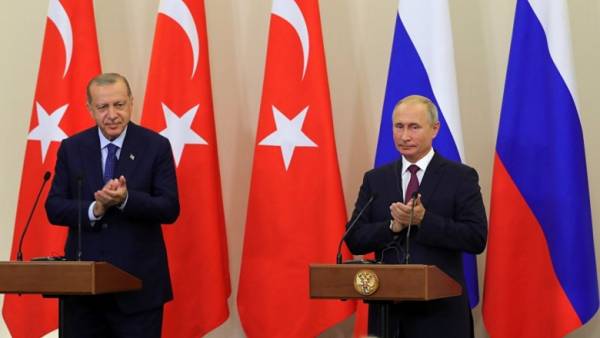 “Memorandum on the stabilization of the situation in the zone of de-escalation of Idlib was distributed on September 18, an official document of the UN security Council,” said Strzyzewski.

Putin and Erdogan on Monday in Sochi agreed to establish by October 15 demilitarized zone along the contact line of the armed opposition and government forces in the Syrian province of Idlib, and the defense Ministers of the two countries signed a Memorandum on stabilization of the situation in Iglinsky area of de-escalation.

The territory of the North-Western Syrian province of Idlib at the present time practically not controlled by the government forces of Syria. There are militants of the armed opposition and terrorist groups “dzhebhat an-Nusra” (banned in Russia). Moscow had previously stated that terrorists are preparing in the province of provocation to accuse Damascus of applying chemical weapons.