The EU did not agree on the “brakcet”, Theresa may 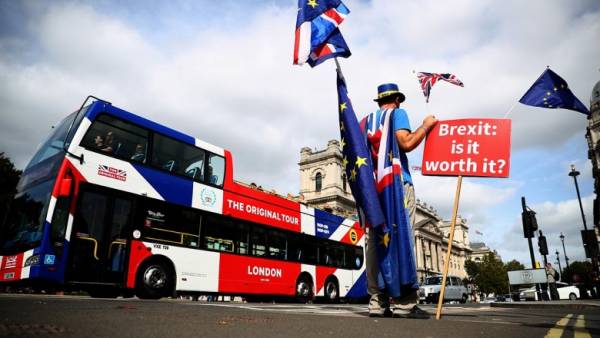 Sep 20 the leaders of the 27 EU countries met in Salzburg to discuss the plan for the withdrawal of Britain from the Union. After the meeting, Donald Tusk summed up the results of the summit. According to him, the proposal of the Prime Minister of Britain Theresa may, formulated at a meeting of the British government in her country residence at Chequers in July 2018, impossible.

The main provisions of the plan Theresa may is the achievement of a common trade rules between the EU and the UK after the “breccia”.

According to Tusk, the proposal may not suit the rest of the EU primarily for economic reasons.

The President of France Emmanuel macron expressed harsh criticism of proponents of the “breccia”, which, according to him, the support of the people, who expected “an easy solution”.

“Pexit showed us one and I fully respect British sovereignty, saying it. He showed that those who say they can easily live without Europe, that everything will be fine, that will be a lot of money — they are all liars. This is true because they all left right after (the referendum), and they never had to do it,” said macron.