The defense Ministry reacted to the appeared “inconsistencies” in the documents of the missile complex “Buk” shot down Malaysian Boeing MH17 in the Donbas in 2014. This was reported on the website of the Department. 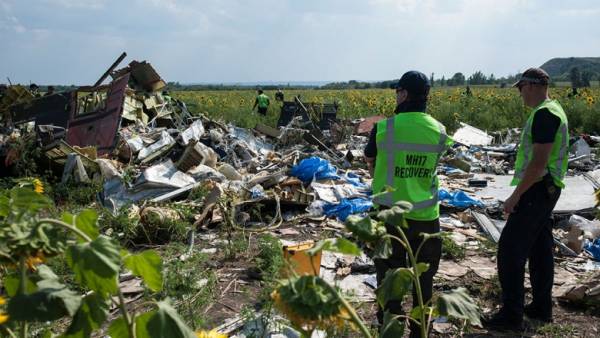 Novaya Gazeta wrote that “restored the original form” in the engine number 8869032 seen that the creation date of the copy of the document — January 14, 1986. The date of manufacture of the product is 24 December of the same year. According to journalists of the “New”, the difference in dates may indicate that the document originally had nothing to brought down “Boeing” with the rocket and that it’s been edited later.

The military explained that the set of design documentation for the missile entered the instance formalized form on the engine, nozzle and other aggregates: “Form on the engine was standard. He made copies of the forms, which are then made unique information, characterizing each engine to each manufactured rocket”.

It is specified that “in case of coming into disrepair in the reference form (“original”) is it created an exact copy, called the “restored original”, which also continued replication of forms, but under the name of “restored to original””. Presented during the briefing, the form of the engine was copied from the restored 14 January 1986 original, and made in the form record.

The defense Ministry said that such technical documentation management operated at enterprises of the entire USSR, including in Ukraine.