PARIS, September 20. /TASS/ — the Politician has declared that does not intend to undergo examination for sanity. 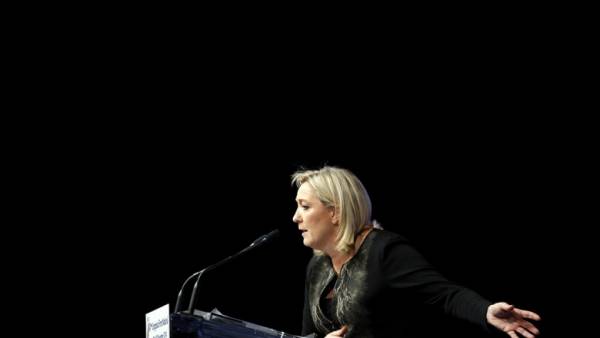 A French court has ordered the leader of the party “National unification” [former national front] marine Le Pen to appear for a psychiatric examination in connection with the publication of photographs of victims of the terrorist group “Islamic state” (IG banned in Russia) that the politician posted on his Twitter page. About the Le Pen said on Thursday, posting a copy of the subpoena in the same social network.

“It’s absolutely amazing. This mode starts a real scare,” commented the politician, attaching to the recording scan of the summons, ordering to be a psychiatrist for passing the examination for sanity.

For what I condemned the horrors of the ISIS tweet, the “justice” put me in the psychiatric examination! How far would they go?Marine Le Penniger of the party “National unification”

Following this, a politician who is a member of the National Assembly (lower house of Parliament), spoke to journalists on the sidelines of the parliamentary Palace. “Of course, I will not go to this examination,” said Le Pen, the TV channel BFM TV.

In March, the court of Nanterre showed marine Le Pen of charges under article “the Distribution of messages to violent content inciting to terrorism”. The maximum punishment it can take up to three years in prison with fines of up to €75 thousand.

The investigation in respect of the policy began in December of 2015, when Le Pen in the framework of the correspondence polemic with a number of leading French media posted on Twitter three pictures of the atrocities of the militants over the prisoners. Thus, it protested against the statements of a famous journalist Jean-Jacques Bourdin, who in one of his broadcasts drew Parallels between ISIS and the “National front”.