Named five of the most popular beach destinations this summer

MOSCOW, September 20 — RIA Novosti. Krasnodar Krai, the Crimea, Turkey, Abkhazia and Italy were the most popular destinations among Russian tourists for summer holidays in 2018, according to the analytical Agency Turkstat. 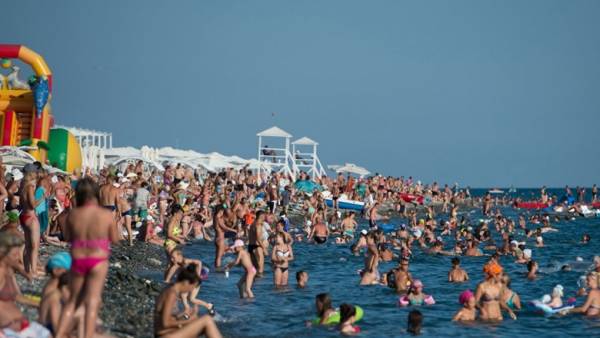 The rating of resort destinations presents the results of data analysis the tourist traffic of the countries and regions in the summer of 2018.

In the Krasnodar region in the summer of 2018 rested 10.4 million Russian tourists, which is 5% higher than in summer 2017. Sochi, Anapa, Gelendzhik and Eysk were the most popular destinations in the area.

In the Crimea arrived 4,5 million tourists. 30% more than last summer. Among the most popular resorts entered Yalta, Alushta, Feodosia, Evpatoria and Alupka.

According to the Agency, the resorts of the Krasnodar region and the Crimea people spent an average of 10 days.

Turkey this summer was visited by 3.5 million Russians, 40% more than in summer 2017. Most of them rested in Antalya.

Abkhazia, as well as in the summer of 2017, called for 0.8 million Russian tourists. Basically, they chose the Gagra and Sukhum.

In Italy, traveled half a million Russians. This is 20% more than the year before.