The official representative of Russian foreign Ministry Maria Zakharova said that soon will be published new information about the crash of the Russian Il-20 in Syria. 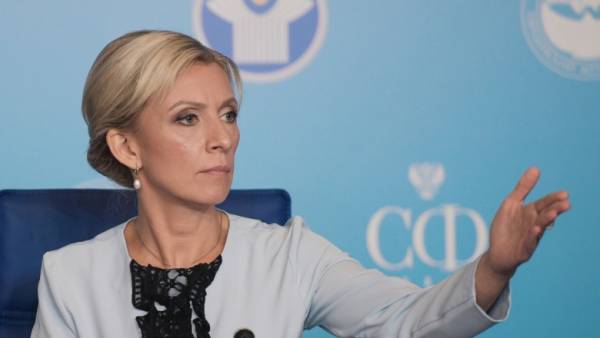 At a briefing on Thursday, September 20, she pointed out that the tragedy will require further investigation and explanation by Israel.

“They (the new data — ed.) will give answers to questions arising in connection with this tragedy about the involvement of Israeli military pilots” — reports the words of a diplomat “Newspaper.ru”.

The representative of the Ministry expressed condolences to the families of those killed in the Syrian military.

Russian electronic intelligence aircraft Il-20 disappeared from radar over the Mediterranean sea on 17 September. At this time Israeli F-16 fighter jets attacked Latakia. The result of the attack missiles of the Syrian air defense systems s-200 fell into the Il-20, killed 15 military.

The defense Ministry said that Israeli pilots could not see the Il-20 and hiding behind them, brought it under fire, the Investigation Committee into the collapse of the criminal case.