The U.S. added to the sanctions list of defendants in “intervention in election”

WASHINGTON, September 20 — RIA Novosti. Intelligence officials, including those against whom the United States charged in connection with “interference in the elections”, was in new sanctions list of the Russians, said Thursday a senior representative of the US administration. 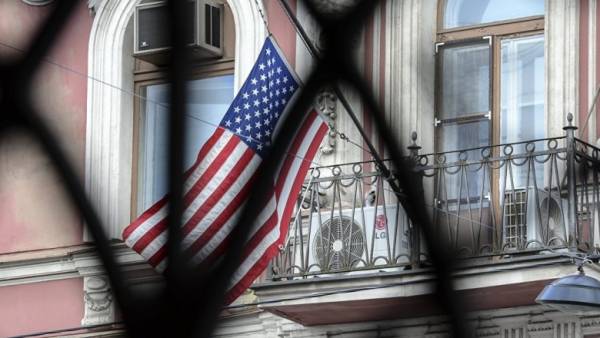 On Thursday, the US administration announced that adds to the sanctions list of 33 individuals and companies from Russia, supposedly associated with “the defense and intelligence sector.”

“Some of these names correspond with those individuals against whom charges were filed for Russian intervention in the elections (in the US),” stated at the briefing the representative of the administration.

He said that in the sanctions sector included people associated with the exploration of the Russian Federation and the defence sector.

Russia has repeatedly denied accusations of trying to influence the elections in different countries, as the press Secretary of the President Dmitry Peskov called them “completely unfounded”. The Russian foreign Minister Sergei Lavrov, speaking about alleged Russian intervention in elections in the United States and other countries stated that no facts confirming it, no. Advisor to the President for national security John Bolton also said that he had received assurances from Russian President Vladimir Putin that Russia has not interfered in the elections in the States.