The US state Department published a report on terrorism. 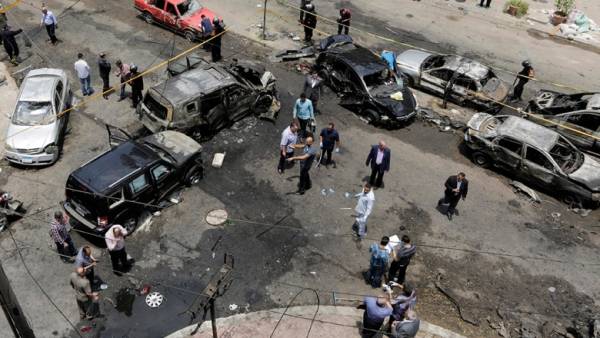 According to the annual U.S. state Department report on global terrorism, in 2017, the number of terrorist acts decreased by 27% and the number of deaths in terrorist attacks by 23%. The main contribution of the foreign Ministry sees in the actions of the US and its international partners. The report notes that threats from terrorist organizations are becoming more serious, the responsibility for most attacks remains banned in Russia grouping “Islamic state” (IG), and the main sponsor of terrorism in the world, according to the state Department, Iran remains.

As noted in the new U.S. state Department report, in 2017 the world was made 8584 of terrorist attacks, which killed more than 18.7 thousand people and more than 19.4 thousand were injured. Even 8937 people were kidnapped or taken hostage. In an average month were made 715 attacks in a month, their victims were 1623 person, but the most bloody was may and June.

Comparing these data with the year 2016, the US state Department notes a decrease in the overall number of terrorist attacks by 23% and the number of deaths by 27%.

Mainly behind this significant 34% reduction in the number of terrorist attacks in Iraq. This country continues to remain in first place in the world, number of attacks: during the year there were committed 1951 terrorist act that claimed the lives of almost 4270. Among the ten countries in the world where in 2017, it was made the most attacks, also includes Afghanistan, India, Pakistan, the Philippines, Nigeria, Somalia, Nepal, Egypt and Syria. Despite the fact that in Afghanistan there were fewer terrorist attacks than in Iraq, the number of victims there was more. The report’s authors also note that the top 5 countries on this list have 59% of all victims.

Commenting on this trend, head of the Department for combating terrorism of the U.S. Department of state Nathan Sales said that this is a considerable merit of the US and its international partners have made great strides in the fight against terrorist groups. “We have liberated almost all the territory that ISIS held Iraq and Syria. We have increased pressure on al-Qaeda to prevent its strengthening. We have expanded the work to identify and undermine the malicious actions of “Hezbollah” in Lebanon and around the world. We worked together with allies and partners around the world, expanding information sharing, strengthening aviation safety, protecting law and order against the terrorist organizations recruit new militants,” he said.