Syrian air defense s-200 missile which shot down a Russian reconnaissance aircraft Il-20, was not equipped with a system of identification “friend or foe”, reports “Interfax” with reference to the statement of the official representative of the Ministry of defense of Russia Igor Konashenkov. 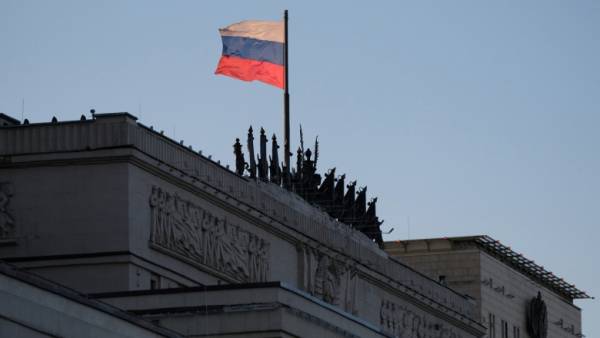 According to him, the system of identification “friend or foe” is strictly individual to each state. Russian recognition system is not set for export in the framework of military-technical cooperation models of weapons and military equipment. “All this fully applies to the delivered to Syria domestic air defense systems,” — said Konashenkov.

Reasoning “of pseudo about the reasons of destruction of the plane Il-20 allegedly due to the failure of the system “friend or foe” he called amateurish fantasies.

Used in Russia, the system of state identification “friend or foe” brings together aircraft and air defence systems only Russian supplies. No precedent of this transfer system, along with the Russian identity codes to another state has never been and never can be.Igor Contenciosului the representative of the Russian defense Ministry

Russian-supplied Syrian air defense system in the evening of November 17 fired a rocket at the Russian military aircraft Il-20. Reconnaissance aircraft with 15 crew members at that time was in the sky over the Mediterranean sea. The missile hit the target. No survivors.

Earlier, the defense Ministry said that the crash of the Il-20 is guilty of Military-air forces of Israel. According to Russian authorities, the Russian plane strikes delivered by Israeli pilots. “Under the guise of a Russian plane that Israeli airmen had framed him for the fire of air defense of Syria. As a result, the Il-20 whose effective reflective surface is an order of magnitude greater than the F-16 was shot down by a missile s-200”, — Konashenkov said earlier. Such actions by the Israeli side, he called hostile.

Israel just moments before the attack were warned about it by the Russian group of forces in Syria, the defence Ministry reported. It is not possible to get a Russian plane to a safe area, have noted in Department.

The President of Russia Vladimir Putin called a tragic accident the crash of Il-20 in Syria. However, he supported the position of the defense Ministry. Commander of the air force of Israel Norkin Amico 20 September to fly to Moscow to transmit information about the incident.