Pompeo has considered China a greater threat to USA than Russia

WASHINGTON, September 20 — RIA Novosti. Us Secretary of state Mike Pompeo believes China is a far greater threat to USA than Russia. He stated this in an interview with Fox News. 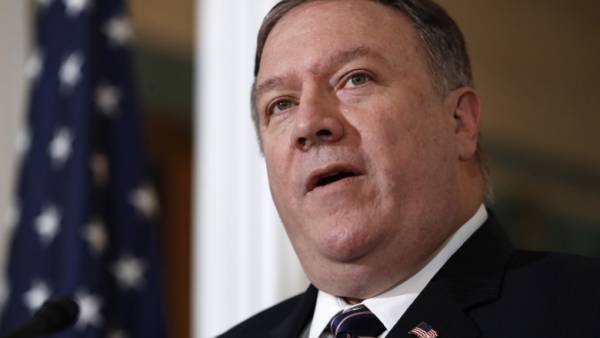 “Russia is behaving aggressively. Russia is trying to interfere in our elections. Russia under Vladimir Putin is “bully”. We need to fight back and keep them where you can,” said Pompeo, answering the question, who is threatening Washington more than Moscow or Beijing.

But if you look at the long term threats to the lives of Americans who pose risks to continue America’s growth, China is a much greater threat to the United States.Mike Papulonecrotic U.S.Strategy on cyber security

Earlier Fox News reported that the Pentagon has included Russia and China in the list of major threats in its new strategy on cyber security. As the document says, the United States faces the “imminent and unacceptable risk” by the “malicious cyberdeterrence” and “was involved in a long-term strategic rivalry with China and Russia.”

A member of the defense Committee of the Federation Council Frants Klintsevich, commenting on the decision, noted that it might be the reason for cyber attacks by the US on Russia and China.The Russian “intervention”

The American special services have accused Russia of “interfering in the elections” in 2016. For the last time readings were given many close to the Trump people.

Committees on intelligence in both houses of Congress conduct their investigation. A separate case involved an independent special Prosecutor Robert Mueller.

And in the White house and the Kremlin suspicions repeatedly denied. Press Secretary of the President of Russia Dmitry Peskov called the charges “absolutely unfounded.” Foreign Minister Sergei Lavrov has repeatedly pointed out that no evidence of “interference,” no.