And many are not willing to accept this information. 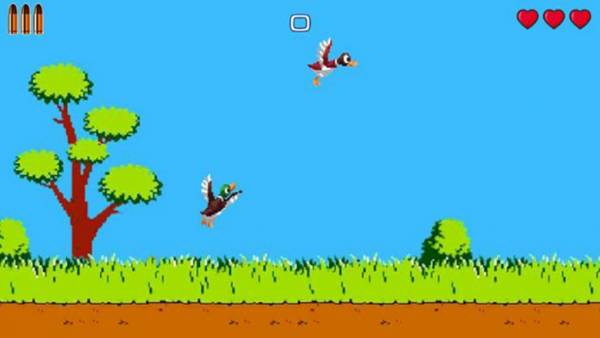 American actor Seth Rogen wrote in a Twitter post that caused a lot of noise. He suddenly remembered about 25 years ago used to hunt ducks in the popular video game Duck Hunt on the NES console (in Russia it was common on the console Dendy).

Where it is cheaper to live in Moscow or Skyrim? House prices in games translated into rubles

Players have to shoot the flying ducks and faithful dog brought prey. But it turns out that the game was a secret: the sky flying duck can be controlled using the second controller.

Rogen admitted that he had discovered it when I was playing Duck Hunt with his sister and casually sat down on the joystick. The actor said that to be told about it before, but in his childhood he had no social networks. However, why he decided to share this sacred knowledge now — he did not elaborate.

After the publication of this information, netizens have started heated discussions. Not all believe in the words of Rogen, but because the actor had to publish the instructions for the game, which was prescribed the ability to control the duck.

The post exposing caused a lot of noise. Users could not believe that their favorite game from the 90’s was such a big secret.

Hot tip that’s 25 years late but I didn’t have Twitter back then: in Duck Hunt on Nintendo, the second player controller controlled the duck.

Hot tip, who was late for 25 years, but then I didn’t have Twitter. Duck Hunt on Nintendo the second player can control the duck.

Me and my sister found this out because I sat on the controller by accident and the duck kept flying to the top right corner.

My sister found this out when I accidentally sat down on the joystick and a duck flew into the top right corner of the screen.

Hahaha. None of us read the manual. ?

Haha. None of us read the manual.

This must be fake news.

Either that, or my whole life is a lie.

This must be fake news. Either that, or my whole life was a lie.

This cannot be. This. Cannot. Be.

this is insane… i feel sick…

my whole life has been a lie. why why why reveal this now. Pandora’s box cannot be closed again. https://t.co/chSLU7qs7a

My whole life was a lie. Why, why, why is it opened now? Pandora’s box you can never close.

This ended at least two friendships in my childhood. But I don’t regret anything, I don’t want to be friends with someone who couldn’t protect us from a couple of zig-zagging ducks. https://t.co/ZgS78r12kj

This fact cost me at least two friends. But I have no regrets. Don’t want to be friends with those who can’t protect us from a couple of ducks, flying in a zigzag pattern.

I…I can feel the dog laughing at me even now

I feel like that hunting dog is laughing at me even now.