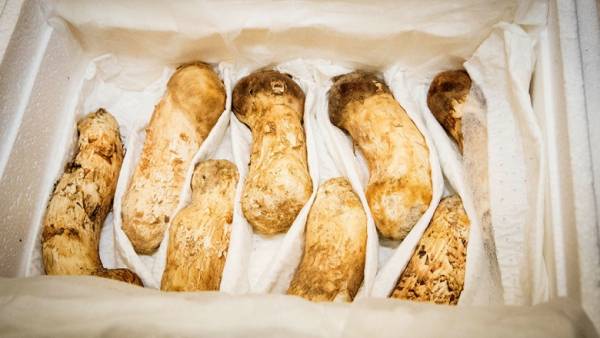 According to him, the mushrooms will be sent to the members of separated families, which yet never was able to meet with their relatives in the North, and to the day of remembrance, which falls on next week:

We took about 4 thousand people, most elderly, and each of them will receive 500 grams of mushrooms for the autumn memorial day.

“Two tons of mushrooms Sony-post, donated by the Chairman of the state Council, Kim Jong-UN, arrived at dawn in Seoul aircraft,” — he added.

Moon Jae-In made a visit to North Korea and went to Seoul.

The President of South Korea was in North Korea on September 18, negotiating with Kim Jong-UN. According to the results of their meetings signed a joint statement of intent to continue efforts to rid the Korean Peninsula of nuclear weapons and the threat of war. Specific measures for the prevention of collisions and safety was reflected in the agreement in the presence of the leaders was signed by the defense Ministers of the two Koreas.

Moon Jae-In was invited in the near future in Seoul, Kim Jong-UN, and this was accepted.