Fighters and Il-20 lit in time

On Thursday in Moscow hosted talks between representatives of the defense Ministry and the Israeli military delegation headed by commander of the Israeli air force major General Amikam Norkina. The Israelis brought a 40-page report designed to shed light on the incident with the downed Monday over the Mediterranean sea Russian reconnaissance aircraft Il-20. In their opinion, the materials indicate the non-participation of Israel to the tragedy. In particular, according to the Israeli version, a Syrian missile shot down the plane, was released almost an hour after F-16 fighter jets left the base. However, the Russian military claimed earlier that the Il-20 was shot down during the attack by Israeli aircraft, their accusations against Israel is not removed, at least publicly. However, the military of the two countries agreed to continue coordinating actions in Syria. 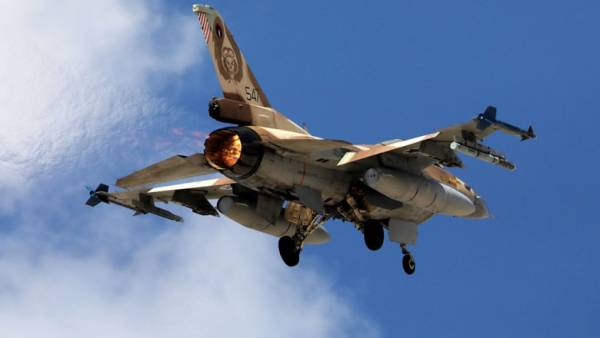 The meeting of military

The commander of the Israeli air force to Amico Norkin held talks with the command of the Russian air force and other military officials. Together with him arrived in Moscow officers of the military intelligence, air force, and the operational Department of the General staff.

The Israeli delegation brought a 40-page report in two languages — English and Russian. It States that on 17 September, a number of Syrian air defense batteries in 40 minutes fired towards Israeli fighters dozens of rockets C-200. Some of them fell on the territory of Lebanon and distant from Latakia province of Syria on the East and West from the sea, where he was shot down by a Russian aircraft Il-20.

The result of the talks, the military of the two countries agreed to maintain coordination in Syria and to “continue the implementation of the system of deconfliction”.

The importance of such a course was announced on Thursday and Israeli Prime Minister Benjamin Netanyahu, stressing at the same time that the Israelis “have the right to self-defence”. He pointed out that “the root of the problem lies in the attempt of Iran to use Syrian territory to attack Israel and weapons of his enemies”.

By the way, on Thursday the leader of the Pro-Iranian “Hezbollah” Hassan Nasrallah boasted that, despite Israel’s efforts, his group was able to obtain from Syria precision missiles.

Even before the Army command of defence of Israel has declared that it will not hide information about the incident, which killed 15 Russian military aboard reconnaissance aircraft Il-20. “We have a very open and honest dialogue with Russia”, — said Thursday in an interview with Israeli army radio “Galey IDF” Israeli defense Minister Avigdor Lieberman.

He stressed that the Israelis do not usually reveal the details of the activities of the air force, but in this case I made an exception.

He, like other representatives of the Israeli military command and political leadership of the country, expressed regret in connection with the tragedy in the skies over Latakia.

We will remind, the Syrian air defenses, namely the missile anti-aircraft missile complex s-200 Russian production, shot down a Il-20 over the Mediterranean sea on the evening of 17 September. Russia blamed the plane crash Israel, which was about this time attacked Latakia. According to the defense Ministry, Israeli fighters “hid behind a Russian plane” and set him up to blow air defense forces. “I want to say that it is shameful to hide behind those who provide including your safety and in the line of duty, may not deviate from the bullets, which are not addressed to you,” — said on Thursday the official representative of Russian foreign Ministry Maria Zakharova.

System “friend or foe” at anything