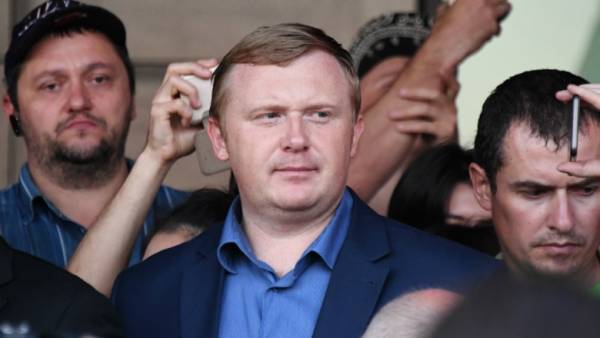 What is known Andriy Ishchenko 19 September, the CEC recommended to annul the results of the second round of gubernatorial elections in the Primorsky Krai, which was attended by the candidate from “United Russia” Andrei Tarasenko and Communist Andrey Ishchenko. Details of the biography of Mr. Ishchenko — in reference “b”. Upstairs Ishchenko Andrey S. was born 9 March 1981 in Lesozavodsk of Primorsky Krai. Graduated from far Eastern state technical fisheries University (2004). In 2005 year was promoted to 3rd mate in the far Eastern shipping company. Over five years of work at the enterprise was promoted to senior assistant captain. In 2011 he occupied the position of assistant Director of investment company “East gate”, engaged in the construction. In 2014 , he headed the company “Aurora-the system” specialising on housing construction. In September 2016, was elected to the legislative Assembly of the Primorsky territory on a temporary basis.

END_OF_DOCUMENT_TOKEN_TO_BE_REPLACED 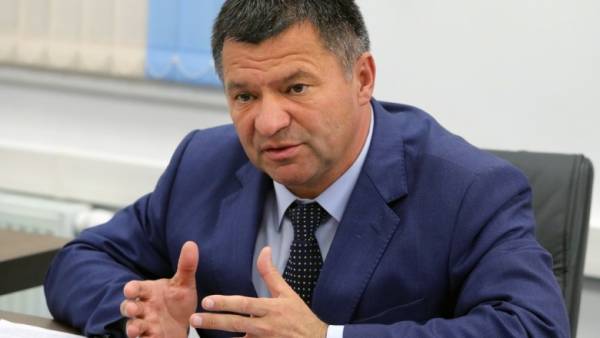 The candidate from “United Russia” Andrei Tarasenko will not participate in new elections in Primorye, which will prescribe in three months The candidate from “United Russia”, the acting Governor of the Primorsky territory Andrei Tarasenko will not participate in new elections of the head region. He stated that on September 19, reports TASS. Upstairs Prior to that, the CEC recommended the regional Commission to annul the results of elections of the Governor of Primorye, the second round of which was held on September 16. The CEC head Ella Pamfilova said that the election was a serious violation: this is stuffing, bribery of voters and the rewriting of protocols. She recalled that at cancellation of results of voting on the law, new elections in three months. Rival Tarasenko, Communist Andrey Ishchenko before commented on RTVI recommendation of the CEC. He called it “absurd”. “We have the legislation to abolish the election

END_OF_DOCUMENT_TOKEN_TO_BE_REPLACED 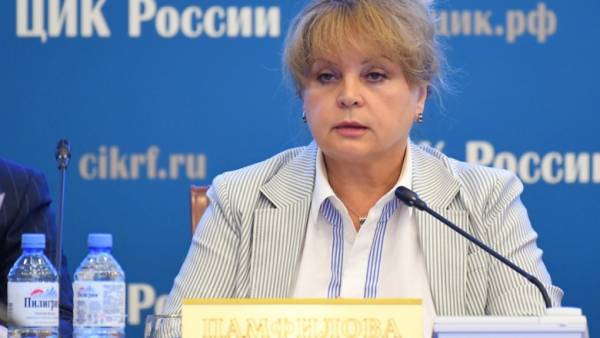 END_OF_DOCUMENT_TOKEN_TO_BE_REPLACED

It looks like the famous Bloody waterfall in Antarctica Creepy, but incredibly beautiful sight. Upstairs Amazing natural phenomenon can be seen in East Antarctica in the valley of Taylor. From under the piles of ice here out a stream of red water, which then flows down the white slopes. View this post in Instagram Publication from Ben Morin (@benpmorin) 20 Feb 2017 12:37 PST During the download an error has occurred. The eerie phenomenon was called the “Bloody waterfall”, although there is nothing sinister in the water there. This color give her a higher concentration of iron oxide and the presence of red algae. View this post in Instagram Publication of Restless Feet (@travel_restless) 10 Sep 2015 at 9:22 PDT During the download an error has occurred. It is noteworthy that the source of the waterfall is located under a layer of ice to a depth of 400 meters. By

END_OF_DOCUMENT_TOKEN_TO_BE_REPLACED

Theresa may accidentally fell on the wedding photo of British honeymooners And became the star of social networks. Upstairs British media have shown pictures and video of the Prime Minister of great Britain Teresa may accidentally became the star of the wedding photo shoot on the Isle of Wight. Theresa May photobombed a wedding picture ? Good job she didn’t get in on the first dance! Kev & Ros x pic.twitter.com/J9UD2OPgw2 — Heart Cambridgeshire (@HeartCambs) September 18, 2018. “Theresa may stole the show at the wedding picture! It’s good that she has not appeared during the first dance at the wedding!” Newlyweds Jason and Michelle Dite, exchanging vows, came to the pier to take pictures. In this time, not far away was moored the boat which left the Mae. First, newly-married couples could not believe their eyes, but when the politician walked closer to them to congratulate them on their

END_OF_DOCUMENT_TOKEN_TO_BE_REPLACED 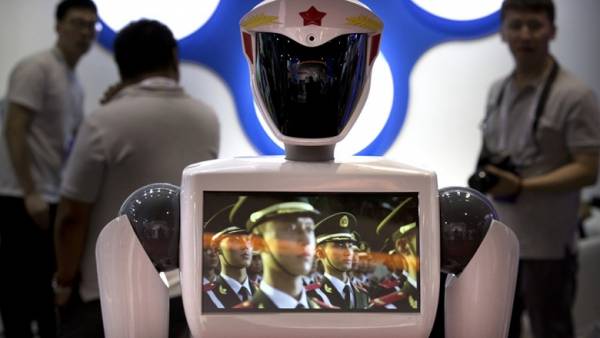 The future comes: when robots displace people WEF: by 2025, robots will be doing more tasks than men. Upstairs By 2020, due to technology development and innovation 75 million people may lose their jobs, says the report of the WEF. By 2025 robots will be doing more tasks than men. And Russia will have to cut a third of staff in all sectors of the economy. At risk in the first place — banking and public sector, including officials, as well as such professions as accountant or auditor. About 75 million people could be unemployed by 2020 because of technology and automation of production processes. This forecast is incorporated in the report “the Future of jobs in 2018,” released by the world economic forum (WEF), Eurasian competitiveness Institute and consulting company Strategy Partners. In 2017 new, technologically advanced cars on the global market accounted for 29% of the total spent

END_OF_DOCUMENT_TOKEN_TO_BE_REPLACED

The published list of those killed in the crash of Il-20 in Syria The REN TV channel, citing its sources have published a list of those killed in the crash of a Russian reconnaissance aircraft Il-20 in Syria. Наверх7фотографий7фотографий7фотографий List is 15 names: Sergei Avrutin, Konstantin Nazarov, Alexander Vechernin, Timofey Baranov, Pavel Tkachenko, Oleksandr Burlaka, Grigory Zinoviev, Denis Gordov, Roman Dolmatov, Victor Kvasenkov, Alexei IP Sedunov, Vladimir Yakovlev, Alexey Arzumanov, Andrey sergeenkov. The Minister of defence of Russia Sergey Shoigu said that the Israeli air force was covered by a Russian Il-20 and said that the attack warning F-16 arrived exactly one minute before the strike. In the Kremlin, stressed that the incident with the Il-20 — a result of a breach of the Russian-Israeli agreement on preventing dangerous incidents. Prime Minister Benjamin Netanyahu held a telephone conversation with Russian President Vladimir Putin has promised to send to Moscow the

END_OF_DOCUMENT_TOKEN_TO_BE_REPLACED 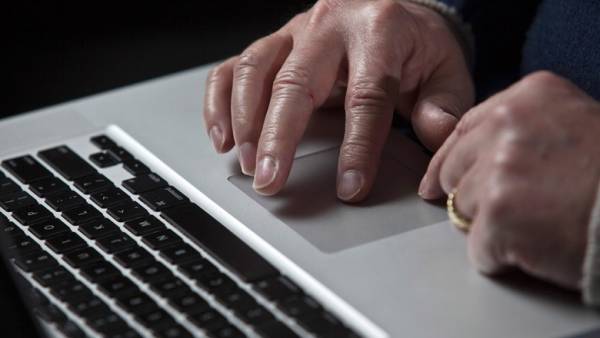 The sun will encourage courts to be more humane in cases of Riposto MOSCOW, 19 sen — RAPE. The Supreme court shall call upon the courts to be more humane in cases of Riposto, September 20, a meeting of the Plenum on which the high court will clarify the practice of application of legislation on criminal cases about crimes of an extremist orientation. Upstairs As it became known RAPE, in the draft resolution, the armed forces of the Russian Federation focuses courts that social media posts with signs of hatred and enmity cannot be considered a crime if they pose no danger to society. Even formal contact with the criminal act may not lead to a conviction, if the misdemeanor minor, he explains. One of the highlights is the recommendation not to build the sentence solely on the examination: the courts should not blindly trust the experts and must remember

END_OF_DOCUMENT_TOKEN_TO_BE_REPLACED

Lunch President Maduro in a posh restaurant caused anger in Venezuela Video depicting Nicolas Maduro for lunch in one of the most expensive restaurants of Istanbul, has caused fury in his native Venezuela, is in deep economic crisis. Upstairs In the video the famous Turkish chef Nusret Gokce effectively cuts the meat in front of Maduro and his wife Celia Flores in his restaurant Gokce’s Nusr-Et in Istanbul. Today I decided to stop following @nusr_ett You decided to erase this video but what you did remains. Shame on you! You cheered and served a tyrant responsable for the hunger, malnutrition and death of thousands of Venezuelans!By the way, he is not a president. He is a dictator! pic.twitter.com/pddjPSEztO — Marcel Imery (@NachoImery) 17 Sep 2018 Meanwhile, almost two-thirds of Venezuelans, it is reported that in recent years has lost weight due to malnutrition. In Venezuela continues to worsen with food

END_OF_DOCUMENT_TOKEN_TO_BE_REPLACED 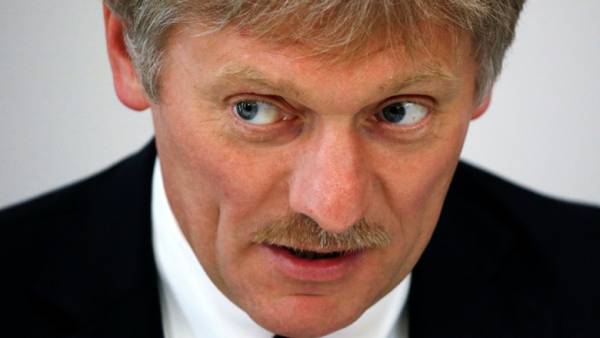 The Kremlin supported the decision of the CEC for the gubernatorial elections in Primorye For the President of Russia Vladimir Putin is more important than the transparency and fairness of the election and not supported the candidate, said his press Secretary Dmitry Peskov. About it reports “Interfax”. Upstairs “The President has repeatedly said that more important to him is not supported by a candidate, and more importantly the legitimacy, clarity, transparency and fairness of elections”, — said Peskov. According to him, the Kremlin is closely watching the development of events in Primorye. Judging by the statements of the CEC, “all this is in line with what has been said by the President Putin,” said Peskov. He noted that such a position of the Central election Commission, the Kremlin appreciates and supports.NewsElections in Primorye were left without results The acting Governor is appointed by decree of the President, recalled Sands. “At