As a result, the candidate from “United Russia” has lost about 500 votes. 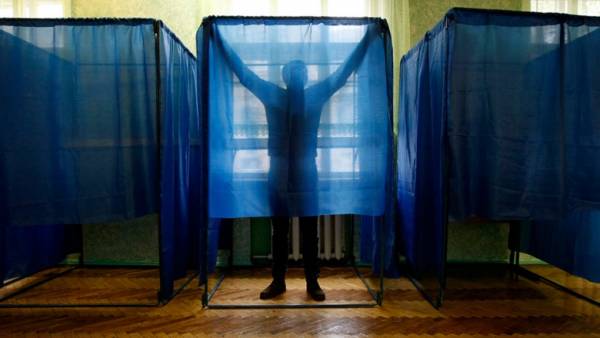 Moscow. September 18. INTERFAX.RU — Territorial election Commission of the Soviet area of Vladivostok has cancelled the results of the second round of elections of the Governor of Primorye for 13 sites, reported the Agency “Interfax” a member of the territorial electoral Commission of the Soviet district of Vladivostok with the right of Advisory vote Sergei Ivanovich.

“Today a meeting of the TEC, which adopted the decision on cancellation of results of elections on 13 sites due to the fact that there was an evacuation and some documents may be lost,” said Ivanovic.

According to him, the evacuation during the counting of votes has occurred in connection with the fire alarm.

“Around 4:00 a.m. all election commissions passed the documents and all the precinct was entered into the SAS “Vybory”. For 13 stations the data was not loaded. 6:00 arrived fire-fighting service, said that now the fire and evacuation. But we remained. We appealed to the Chairman of the electoral Commission to conduct the review,” he added.

Consequences of cancellation of results of

Cancellation of results of vote on 13 stations in the Soviet district of Vladivostok on the results of the elections of the Governor of Primorye is not affected, while the candidate from “United Russia” has lost about 500 votes, said the Agency “Interfax” the Secretary of the election Commission Natalia Kamaeva.

She noted that the results will be considered without these 13 sites. “The results that I announced at the briefing, they don’t change because I gave them the results on these 13 sites. If these votes were counted, the candidate Tarasenko would add 500 votes and he loses them. This is according to preliminary calculations,” — said the representative of krajizbirkoma.

According to her, the voting results is delayed due to the large number of complaints and because Discovery has not yet provided krayizbirkom results. “Find signed today a Protocol and we leave. And second, what is most important to us in the Commission today received several dozen complaints, yet the exact number can not be called, which we must consider before determining the results. We just physically do not have time to consider them,” added Kamaeva. She said that complaints were received from two candidates.