Elections in the Donbass will be in emergency mode

Candidates in the heads of the DNI and LC will be only few days for registration. 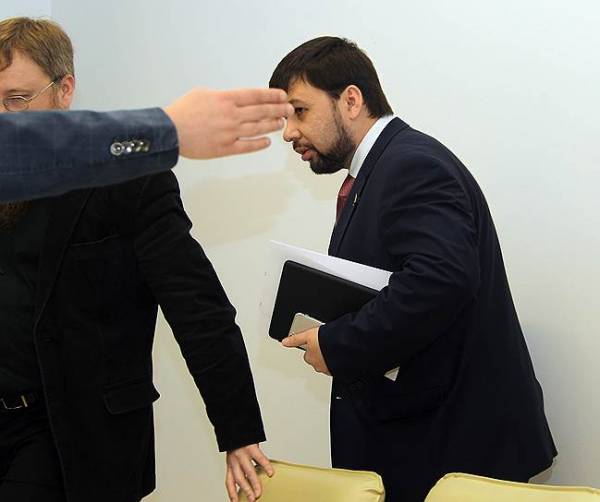 Registration of candidates for the post of head of the self-proclaimed Donetsk people’s Republic (DPR) will start on September 21 and will last for five days. This was announced on Monday by the Central election Commission (CEC) of the DPR. In the self-proclaimed Luhansk national Republic (LNR) haste even more — there is accepting applications want to complete as early as 21 September. Wishing to become the new leader of the DNR has four, but the current acting head of the Republic and the de facto favorite of the race, Denis Pushilin, is not yet among them. While it is now clear that to choose the residents of Donbas will have between military commanders insisting on the extension of the territories and the civilian “managers” that promised improving standards of living in the current environment.

Before the elections of heads and deputies of the DPR and LPR are less than two months, but official information about them. September 8 the new composition of the CEC DND held the first meeting and today announced the dates of registration of candidates from 21 to 25 September. The journalists said the head of the CEC DND Olga Pozdnyakova. A similar statement on Monday was made in Lugansk. On the 21st of September, the enrollment is already over, and it began (though without much publicity) September 14. Thus, the election campaign will be about a month and a half — the voting itself will take place on November 11.

On Monday, the Ministry of state security (MGB) of the DNI also said serious progress in the investigation into the murder of former head Alexander Zakharchenko. TV channel “Zvezda” published video of interrogation of the citizen of Donetsk Alexander Pogorelov, who admits that he was recruited by the security Service of Ukraine (SBU) and was preparing an attempt on Alexander Zakharchenko, using a “high-tech explosive device”, which can be activated remotely. The Ukrainians, according to Alexander Pogorelov, such equipment was not, and therefore it was transferred to Western intelligence agencies. Alexander Pogorelov has told on interrogation that he was not the direct killer. His attempt to do the job of Kiev was unsuccessful, in 2017, he was arrested by the security forces of Donetsk. However, a resident of Donetsk said that in parallel worked with him, another group of saboteurs, which, apparently, and staged an explosion in a cafe “Separable”, which claimed the life of the head of DND.

The elections in the LPR did not initially promise a great plot. The current acting head of the Republic Leonid beekeeper, who took the post after the violent coup, has already managed to announce its participation and probably just get rid of the prefix “acting”.