Winning in Primorye, the candidate of the Communist party Ishchenko promises to continue Putin’s policies

The candidate of the Communist party Andrey Ishchenko, the leader in the second round of elections of the Governor of Primorye, said he intends to continue in the region the policy of the President of Russia. 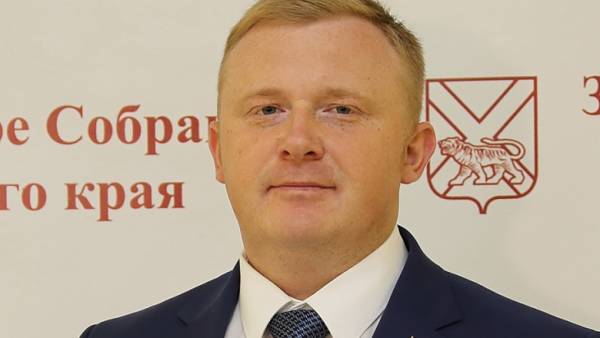 “Primorye is on the border with the two countries whose ideology is communism — China and the DPRK. This does not mean that in Primorski Krai now is raised the red flag and here sharply all become Communists. No. We will continue the policy of the President and most importantly, will work for the benefit of Primorye”, — quotes Ishchenko “Interfax”.

He stressed that his team will work “educated people, young patriots”. Ishchenko also intends to cooperate with all political forces.

“We will certainly cooperate with all political forces. It is impossible to put party affiliation at the forefront. I think that all you need to send to people in the Primorsky Krai, the population understands that in the province there is a government they trust, without belonging to the party”, — said the candidate.

As previously reported, after treatment 93,10% of protocols in the second round of elections of the Governor of Primorye Andrey Ishchenko scored 51,73%, Tarasenko — 45,67%, CEC.

Commenting on the expected victory Ishchenko, the political scientist Dmitry Zhuravlev said that the voters who gave their vote in favor of the opposition candidate, confer on him some hope.

“If Ishchenko wins, the most difficult question will arise for him in the morning. What to do with this victory? What other social policies he may carry out? To cancel the pension reform? No, it is not within its competence, it decided on the Federal level. Ishchenko will find yourself in a situation when he went to the polls with a certain position, but the competence to implement it, he, like the Governor, will not be simple. Not because he cheated, but because he has no such opportunity,” — said the Director of the Institute of regional problems in an interview with NSN.

“If we are talking about pension reform, it is inevitable. To the Communists, who won the regional parliaments, people have already addressed a demand to cancel the increase in the retirement age. The Communists were in a very uncomfortable position. And Ischenko I just feel sorry if he wins,” admitted the analyst.