Shot a witness in the case “the night Governor” Petersburg

In the Leningrad region found the car with a murdered businessman Badri Shengelia held a witness in the case of corruption in the Investigative Committee and a former witness in the case against Vladimir Barsukov (Kumarin). On Monday, September 17, reports “Interfax”. 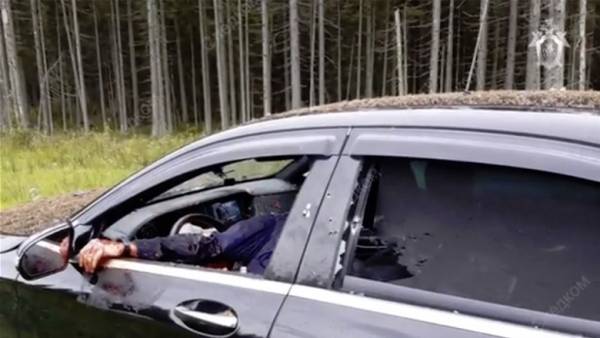 According to the source Agency, the car was found around 13:30 on Novoryazanskoye highway, the owner was inside, his body was discovered a gunshot wound.

The source said “the Tape.ru” that the car was made at least eight shots, one of the bullets hit him in the head; according to the preliminary experts ‘ opinion, it was deadly.

The car some time stood in a ditch — a passing motorists believed that the driver simply lost control and drove off the road.

In the Leningrad region opened a criminal case on the murder of 53-year-old Badri Shengelia. He was shot in “Mercedes” the unknown from a passing car.

At the scene, investigators and criminologists of the TFR. Are the circumstances and motives of the murder pic.twitter.com/WYen1sB5b7

According to the source “Tape.ru”, testimony Shengelia the charge against Vladimir Barsukov (Kumarin), which, according to the investigation, led the Tambovskaya criminal group — one of the most powerful and violent criminal communities of St.-Petersburg at the turn of 1990-2000. According to press reports, it was established in the late 1980s of young athletes, primarily from the Tambov region. Badgers, which some media called “the night Governor” Petersburg, was arrested in 2007, and became by that time a big businessman.

of General Drymanov left in jail

Recently Shengelia again acted as a witness — his testimony became the basis for the arrest of the chief of management of own safety of Investigatory Committee of Russia Mikhail Maksimenko was sentenced to 13 years in prison for taking bribes totaling $ 550 thousand. As found by the court, Maksimenko received 50 thousand dollars from Shengelia for the organization of official investigation and the criminal proceedings against the police officers confiscated his watch.

Another 500 thousand dollars ex-Colonel has received from the businessman Oleg Shahmatova for facilitating the release from prison and reduced charges to the ally, criminal authority Shakro Young Andrew Kochanova (Italian), detained after a shootout at the Elements restaurant in Moscow in December 2015.

The Investigative Committee, told journalists that the version of when the murder Shengelia with the case Maksimenko will be checked, along with it will be worked out other possible versions of what happened.