Poisoned in a restaurant in Salisbury guests took over the Russians

A man and a woman feel bad in the Prezzo restaurant in Salisbury by the British, Russians. This writes the newspaper the Daily Mail, citing eyewitnesses. 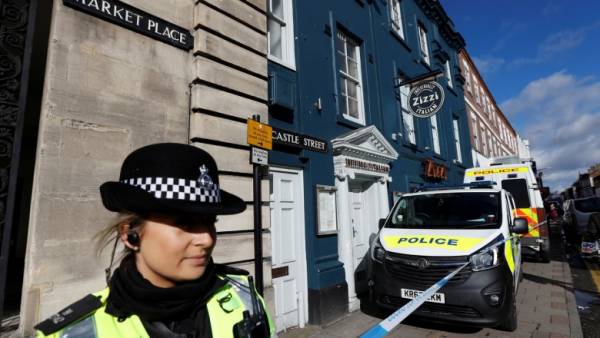 Some Amanda Newton told the newspaper that sat next to the “two Russians” who became ill during the meal. The newspaper States that the nationality of the victims are unknown.

By the time the ambulance arrived, the victims were conscious, and the doctors helped them on the spot. All visitors of the restaurant reported the need in the next few hours to donate blood at a local hospital.

About the victims in the Prezzo restaurant became known in the evening on September 16. Currently the restaurant is closed, specialists in hazmat suits. Police closed the road near the place of incident.

Prezzo is located near Zizzi restaurant, where a former GRU Colonel Sergei Skripal and his daughter Julia visited before to get to the hospital with poisoning as a Novice. In June, Zizzi another guest felt bad, later the doctors found he had signs of exposure to poison.