Opinion of turprodukta: how to make the cheat ratings TripAdvisor

Italian jailed for fake recommendations of hotels and restaurants. 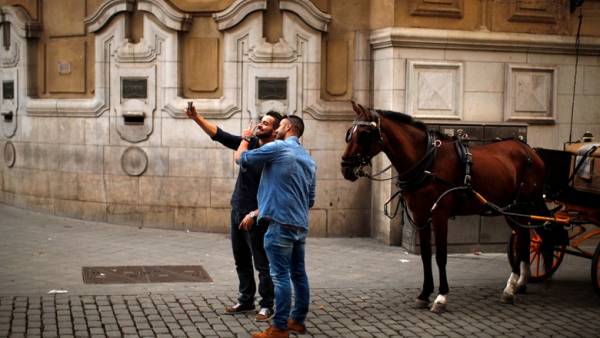 The Italian was in prison for nine months for posting fake reviews on restaurants and hotels on the largest reference portal for travelers TripAdvisor. An unprecedented event because the industry of fake reviews around the world is booming. In its operation understood, the reporters iz.ru.

Nine months jail and €8 thousand penalty punished the Director of the company PromoSalento court of the Italian city of Lecce. The case was investigated for three years with the support of the employees of the portal trip Advisor. To prove fault of the businessman was possible thanks to the letters that he sent to the enterprises of hotel and restaurant industry, offering their services. Also during the investigation, the staff portal has identified and blocked more than a thousand attempts to place fraudulent reviews.

Barkers on the network

To overestimate the role of reviews on TripAdvisor are difficult: they could make a restaurant the most popular place in the city and completely destroy his reputation. A false report about the visit to act as street touts. They only work now on the Network, and the craft is received the euphonious name — crowd-marketing.

In order to get into the coveted top ranking of the most popular travel apps, restaurant enough to get around 100-200 of positive reviews. Bots can handle the job in a matter of days and bring unknown place to the top.

About the vulnerabilities of the system and heard by the users themselves. Some of them complain to the support service for cheating reviews of visited restaurants. However, all this is like fighting windmills: after the cancellation of the rating of a restaurant top lines recaptured the little-known and strongly recommended institutions. British journalist Ian Butler spent six months to raise the first restaurant, which in principle did not exist. Last year he turned a shed in the backyard of his home in the best restaurant of London, despite the fact that in addition to the owner and his friends there, no one visited. Butler posted photos of interiors and dishes that looked appetizing. But only on the surface. In fact, they consisted of shaving foam and tablets for dishwashing.

Along with his friends, Butler began to write laudatory reviews and have registered a few hundred accounts.

Before the journalist was moonlighting writing fake reviews for the restaurants, which had never been. One positive review was paying him about £10.

When his non-existent restaurant has climbed to the top of the rankings, the phone started ringing off the hook. However, wishing to book a table is always faced with failure. “Restaurateur” they said that everything is booked six weeks in advance. Particularly persistent he tried his luck several times a month, but every time a place was available.

The journalist has noticed that he began to including negative reviews that were probably written by competitors. From the beginning Butler was sure that TripAdvisor is a substitution of reality, and the reviews on this are written by people who have never visited restaurants and hotels that are so desperately praise. But to make sure that the entire rating system is completely biased, he decided to open his own restaurant for one day. Bought ready meals in the supermarket, called a friend, that he played the chef, and the entrance in a secret “restaurant” tied to the visitors eyes. For the entourage, the owner of the best vegetarian restaurant in London bought a live chicken, which was supposed to prepare for visitors. Some of the guests after dinner I tried again to book a table.

Costs required to register a fake account left SIM card and new e — mail- pay off already after writing two reviews. The demand for such services remains high, and you can write a few dozen a month.

Worth a look at the Moscow top list. In the top five best institutions of the city there is no one who would be more than three hundred reviews. Shortly before the start of the world Cup in Moscow marketing company has been offering caterers services reviews cheating in a short time. The inclusion of any institution in the top ten asked for 35 thousand rubles. However, according to its Director, services are not in demand, because restaurateurs successfully cope with this task without assistance.

From 500 rubles for the feedback

According to respondents iz.ru restaurateurs, the market of paid reviews in Russia is well developed.

We were regularly accessed. Several times a day in the format of the spam come such proposals. But for our projects, this is a costly service, in the first place. Secondly, we have enough guests, and we are in a large number of good collections and travel guides. And we have not necessarily to increase thus the audience.Anna Saxondale restaurant “Odessa-Mama” and “my Crimea”

According to her, the prices for such comments start from 500 rubles apiece. Propose to place 10 to 15 reviews per month, mostly in Russian, English and Chinese languages and on different platforms.

— First of all, you are paying into the void, because you never know whether something is published. Second, fake reviews are always visible. Especially on Chinese native speakers will always differ, because this kind of language. Third, any person working with Tripadvisor for quite a long time, understand that so many opinions may not appear on page one restaurant per month. Therefore, it makes sense to contact these companies, I do not see, — said Shpak.