GENEVA, September 16 — RIA Novosti, Elizabeth Isakov. Russian accusations of espionage activities in Switzerland groundless, and publication in the local media on this subject are politically motivated. So representatives of the Russian Embassy in Bern and permanent representative of the Russian Federation at the Geneva office of the UN Gennady Gatilov commented on the publication in the Sunday edition of the Swiss Tages-Anzeiger, where Russian diplomats in Switzerland, accused of espionage. 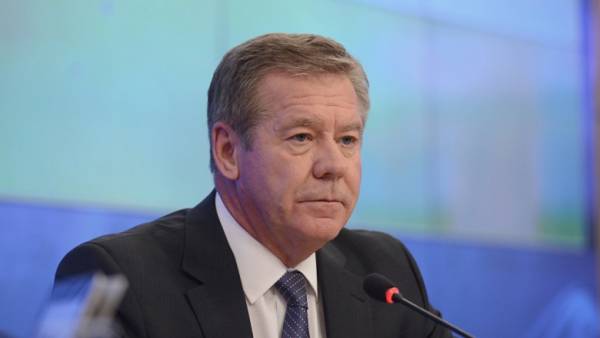 On Sunday, Swiss newspaper Tages-Anzeiger — Sonntags Zeitung published an article stating that every fourth Russian diplomat in Switzerland, is a member of the intelligence. The publication does not provide any evidence of published information, but stressed that “traditionally, most spy” the Russian permanent mission in Geneva. It is also alleged that Bern in 2018 and become the Russian Ambassador to Switzerland Alexander Golovin, to Express concern about the espionage activities of Russia in the country.

Communication Ambassador and the foreign Ministry of the host country — a normal thing. The conversations we do not disclose. No us charges Swiss side did not put forward.the Russian Embassy in Bern

The Embassy noted that the publication is “baseless and unsubstantiated attack on Russia” with references to “secret documents which no one has seen and most likely did not write”.

“Looks ridiculous, the authors attempt to convince readers of a biased attitude towards working in Switzerland the Russians. Inevitably the question arises: who benefits? Certainly not Russian-Swiss relations, the strengthening of which and the work of Russian diplomats in Bern and Geneva,” — said at the Embassy.

The publication in the Sunday edition Tages-Anzeiger commented on Russia’s permanent representative to the UN in Geneva, Gennady Gatilov, who called the article a “political order”.

“In the Russian mission to the UN in Geneva is really a lot of employees, reflecting the fact that Russia pays priority attention to cooperation with the UN and its specialized agencies. By the way, not least the number of employees working in other missions, such as the U.S. and they hold a much larger area,” — said Gatilov in a statement published on the website of the permanent mission to the UN in Geneva.

According to him, the allegation that the Russian mission is located in front of the UN and the ICRC “can not serve as proof of our employees are engaged in Affairs not related to the activities of the UN, rather the contrary”.

“We believe these allegations are absurd and have an obvious political order,” — said Gatilov.