The Pope urged mobsters to repent

Moscow. September 15. INTERFAX.RU — Pope Francis during his visit to Sicily, addressed to the members of the mob, urging them to abandon crime and violence, reports “bi-Bi-si”. 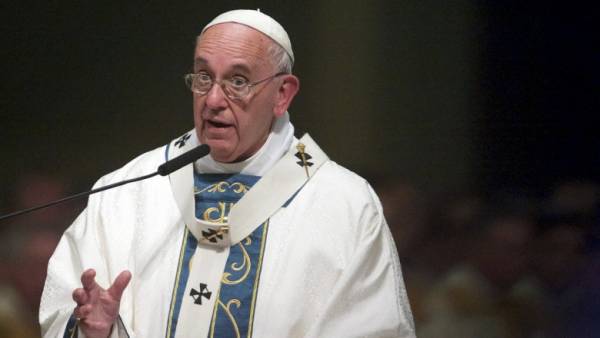 “The mafia is not living a Christian life, because their way of life it goes against God and sinning. I tell my mafia members: me, brothers and sisters! Stop thinking about yourself and your money. Refer to the true God, to Jesus Christ,” the Pope said in a sermon, to listen which in the port area of Palermo gathered 80 thousand people.

He noted that although many members of organized crime go to Church and openly demonstrate their religiosity, they “cannot believe in God and be mafia” at the same time.

The Pope arrived at Palermo, capital of Sicily, to honor the memory of father Giuseppe Pino Puglisi. He was killed by the mafia in 1993 after he entered into an open confrontation with organized crime, which controlled the city. In 2013, it ranked beatified martyrs.