MOSCOW, 15 sen — news. The militants have taken the town, Besancon a few containers of chlorine for provocation with chemical weapons, said the head of the Russian Center for reconciliation of the warring parties in Syria, Lieutenant-General Vladimir Savchenko. 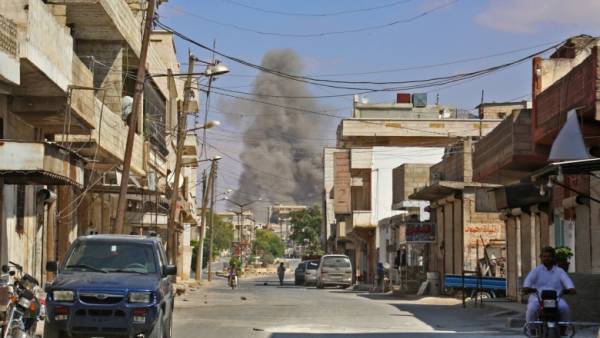 According to the Center, the militants of illegal armed groups are preparing for new provocations with use of toxic substances in order to accuse the Syrian government of using chemical weapons against civilians.

Earlier the defense Ministry reported that in the Idlib began filming a staged provocation with chemical weapons. On the video activists of the “White helmets” ostensibly to assist the victims civilians. The Russian military noted that the results were filmed nine videos, two of which were approved for transmission to the UN and the OPCW.

In August, the representative of the Russian defense Ministry major General Igor Konashenkov said that the terrorists are preparing for new provocations staged himataki, which will serve as a pretext for missile attacks the US and its allies.

An indirect confirmation of the willingness of the American authorities for the next aggression are statements by top officials about the intention to “resolutely” respond to Syrian use of chemical weapons by the government.

The Minister of foreign Affairs of Russia Sergey Lavrov said yesterday that Russia provides daily facts about the upcoming “White helmets” provocations with the use of toxic substances. USA, in turn, called the work of activists from the group “heroic”.