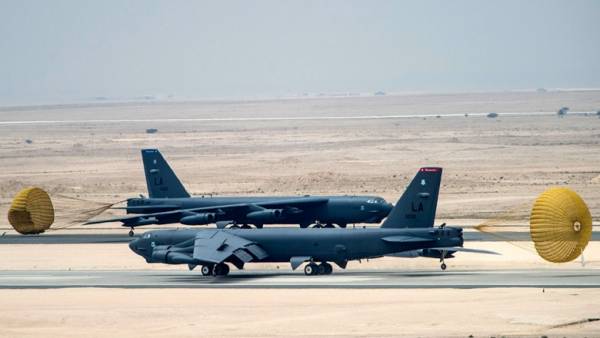 American B-52 flew to the borders of the Murmansk region and the basis of defense in the Arctic Moscow. September 15. INTERFAX.RU — Strategic bomber of the U.S. air force B-52H nuclear-capable weapons on Saturday made the flight near the coast of the Murmansk region and the Arctic archipelagoes Novaya Zemlya and Franz-Joseph, it follows from the monitoring data, the Western aviation assets. Upstairs According to their information, the strategic air force bomber B-52H, tail number and call sign 61-0015 CHAOS43 taking off from an advanced air base Fairford in the UK, first flying near Maritime borders of the Murmansk region and the Western coast of Novaya Zemlya, and then around the archipelago Franz-Joseph, including the island of Alexandra Land on which is located the newest Russian air defense base “Arctic Shamrock”. During the flight, an American bomber had not violated the Russian border, while all the time in the