“Even a sword, though with a cudgel, even bare hands”

Educational program on the history of duels in Russia. 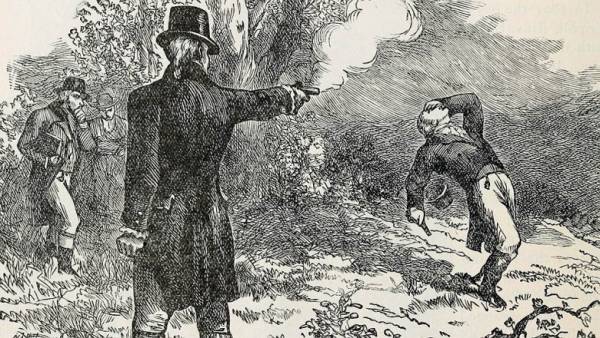 Video Director of the Federal service of national guard troops, army General Viktor Zolotov to the opposition leader Alexei Navalny and the subsequent initiative of the liberal democratic party’s adoption of the “Dueling code”** increased public interest in the history of fights. “B” has collected the best publications on this topic.

During the download an error has occurred.”For centuries, the villain hit on the face” *

Duel appeared around the fourteenth century in Italy and were a continuation of the Western European tradition of judicial duels and jousting. Solution to the conflict is the fight — without the involvement of the suzerain or the court — became popular among young noblemen and was called “the battle in the bushes.” During the Italian wars of the XV century, this fashion was adopted by the French. Beginning in the sixteenth century, the duel had become quite a regular pastime for the nobility in Western Europe.

At about this time in Russia were extended court fights held according to the following scheme:

“Most of the parties to the litigation went to the fight not by themselves but hired a professional fighter poedinka. The basis of the commands of the duellists were sorcerers, magicians and sorcerers, that magic spells and potions had to ensure the victory of your fighter and defeat his opponent. Opponents nothing restricted in the choice of weapons, and they could even fight with a sword, though with a cudgel, even bare hands…”.

End the practice of judicial duels came with the spread of firearms — to fight became too dangerous. About the same time the state began to punish attempts to solve conflicts on their own: “no matter How hard it was abused anyone in words, he can’t hit the offender”.

Otherwise, both parties of the conflict “are subject to punishment with a whip, as above, or pay a penalty to the sovereign, because, as they say, the one who is offended, is under the protection of justice.”

European dueling fever XV—XVII centuries ekow Russia escaped. The first recorded duel occurred in 1666, and between foreigners. However, the time has come when Russian nobles decided that “in the military environment it is not accepted just to forgive” *.