British police cordoned off the restaurant in Salisbury

Moscow. September 16. INTERFAX.RU the Man and woman became ill after visiting the institution, located 300 metres from a restaurant and had lunch Sergei Skripal daughter. 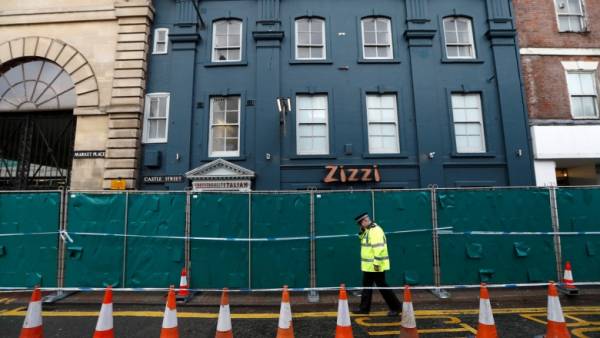 Police have cordoned off the area adjacent to the Prezzo restaurant in Salisbury, said in a statement to the police of Wiltshire referenced by Sky News.

It is noted that we are talking about the precautions taken after it became clear that two Diners, a man and a woman, became ill.

The statement said that “at the scene police work, to find out why these people felt ill”.

Trouble in Salisbury again on New Street near the cathedral, no sign of what’s happened but there’s 1 fire engine, 1 ambulance and 4 police cars, a man in a full white body suit with a mouth-mask and police not allowed to tell us what’s happening @BBCNews @SpireFM @SkyNews pic.twitter.com/3XpNVkH9or

In the statement there are no data on whether this incident be related to the poisoning earlier this year in Salisbury, the former GRU officer Sergei Skripal and his daughter Julia. At the same time, the British media reported that Prezzo is situated approximately 300 metres from a restaurant Zizzi. It Skripal had lunch with my daughter the day of the poisoning.