ABC: the number of victims of the storm “Florence” in the United States has increased to 11 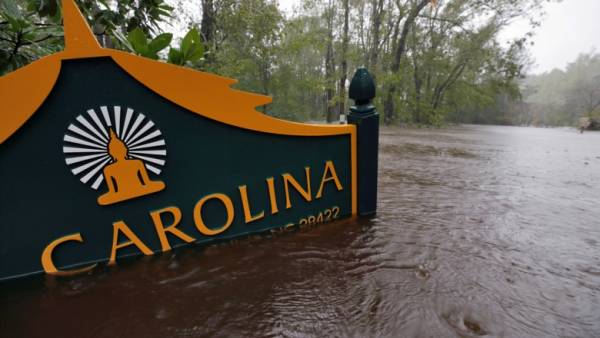 The victims of the hurricane “Florence”, weakened to a tropical storm, was 11 people in North Carolina and South Carolina. This was reported on Saturday, broadcaster ABC.

Among the new victims are referred to a mother and child who were run over the collapsed tree in Wilmington (North Carolina), and 81-year-old man, unsuccessfully fallen during the collection of items for evacuation in Wayne County (NC). Previously reported eight victims.

According to the National center for monitoring hurricanes, “Florence” is located 95 km West from Myrtle beach (South Carolina) and moves to the West at a speed of 0.9 m/s, the wind speed has not changed and reaches of 20.1 m/c.

The authorities of the States of Georgia, Virginia, North Carolina, South Carolina, Maryland, and Washington had previously imposed a state of emergency. The storm has already caused flooding in several regions of North and South Carolina. Earlier in these two States was declared the evacuation of coastal areas, whose population exceeds 1.5 million people. On the East coast of the US were cancelled over a thousand flights scheduled for Friday and Saturday.