WARSAW, September 15. /TASS/. Doubts of the European Commission (EC), concerning the compliance with the Polish law on the Supreme court to European law, are unfounded. With this statement made by the Polish foreign Ministry in posted Saturday on the Ministry’s website reported. 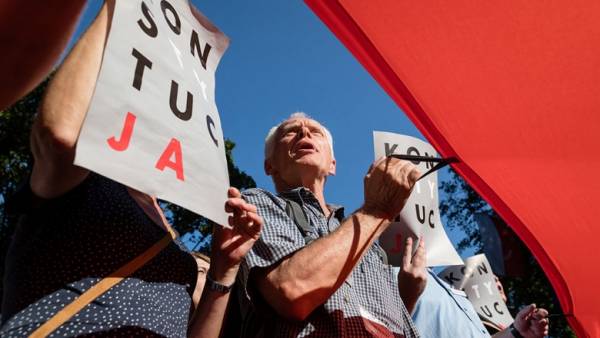 Warsaw handed over to the Brussels a detailed response to observations related to judicial reform, as a response to doubts voiced by the EC and “putting on their validity”.

“Poland emphasizes that, in accordance with the treatises of the EU, the organization of the judiciary under the exclusive competence of the member States. For this reason, an indication of the age of retirement of judges of the Supreme court can not be considered a violation by Poland of General rules of European law, referenced in the EC”, — informs the Polish foreign Ministry.

“If the EC remains some doubt, she may make a claim in the Court of the EU, which will finally resolve this issue”, — stated the Agency.

On 14 August, the European Commission launched the second stage of the procedure to eliminate violations to protect the independence of the Supreme court of Poland. The EC believes that the Polish Supreme court act does not meet the standards of the EU because it undermines the principle of judicial independence, including no early replacement of judges. Transferred to Warsaw the so-called reasoned opinion of the EC, in particular, notes that the new Polish law lowered the age of retirement for Supreme court justices from 70 to 65 years, which threatens early dismissal 27 of the 72 judges, including the Chairman of this body. The EC regards this as an attempt to influence Polish state in the work of the Supreme court.