In the United States has launched a genomic “Noah’s ark”

His goal is to read the genomes of all vertebrates. 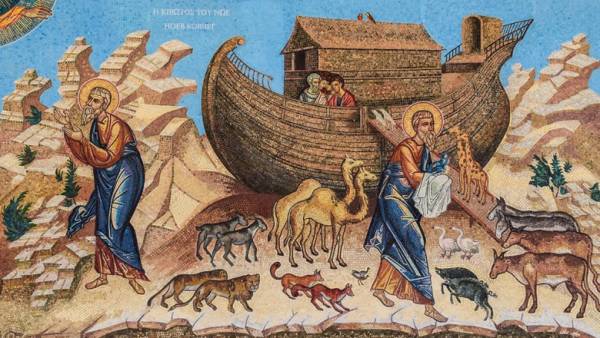 Members of the Genome 10K consortium at the annual conference, which is now in new York, has announced the launch of the international project “the Genomes of vertebrates”, its task — to collect all 66 genomes of thousands of vertebrate species living today on the planet. Read more about the goals and objectives of the project tells Gizmodo.

In 2009, the American biologist David Hassler (David Haussler), Oliver Ryder (Oliver Ryder) and Stephen O’brien (Stephen O’brien) founded the Genome 10K project, whose goal was to otsenivat 10 thousand vertebrate genomes. At the initial stage of the project involved 55 scientists from major zoos, research centers and museums. At first it was unclear how long it will take to assemble the genomes of sufficient quality. But with the cheapening and simplification of the methods of sequencing, it became clear that the project will meet its objectives within a few years. The last three years, the project participants compared with the major techniques of DNA sequencing and analysis of the obtained results in order to choose the ones that will create the “platinum genomes”.

Yesterday the participants of the Genome 10K announced the launch of a new project “the Genomes of vertebrates”, which aims to collect the genomes of male and female individuals of 66 species of vertebrate animals. The project will involve 150 scientists representing 50 organizations from 12 countries.

According to one of the founders of the project, Oliver Ryder, as a result, the biologists can understand the reasons for the extinction of the species, including whether happened in the history of the species to inbreeding, bottlenecks, resulting in decreased genetic diversity of the species deletions or mutations, which can “turn off” necessary for the survival of the organism genes.News

Along with the announcement of the new project from scientists presented the first results of his work: the genomes of 15 species of vertebrates, including the endangered owl, kakapo parrot, endemic to New Zealand, and the Australian platypus. These and all the other genomes that are planning to gather researchers, will be published in the public domain, in the database “Genomic Noah’s ark”.

The participants are planning to sequence short stretches of genomic DNA and collect them from increasingly long sequences, up to whole chromosomes, and then “glue” them using algorithms specifically designed for the project.