In addition, there will be a Biking trail, Jogging path and Nordic walking and beach volleyball. 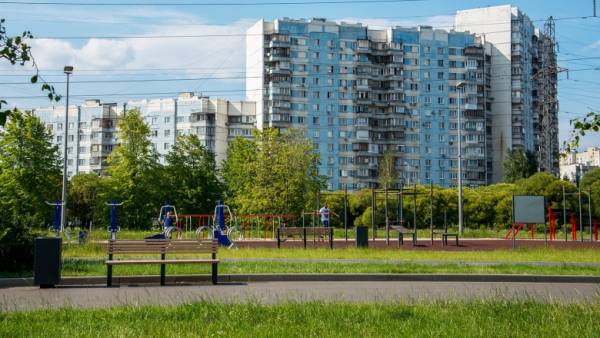 About 100 simulators to appear on the playgrounds in the Park of the 850 anniversary of Moscow after the improvement. They will be able to engage adults and children, as well as people with disabilities.

The construction work of sports grounds is almost complete. Experts have already prepared the Foundation of the platforms and mounted equipment. It remains only to put rubberized coating.

Just a Park with an area of 64 hectares will be three sites for workout. Two of them lay in the North-Western part of the Park from the street Maryinsky Park. The other — the largest, with an area of 640 square meters, is near the pump track.

A separate area equipped for beach volleyball — playing field will be covered with river sand and on the perimeter will put a fence to keep the ball knocked outside the grounds. Around the field install benches.

In addition, the Park will be equipped with comfortable paths and trails, and for cyclists — the bike path length of over three kilometers.

And there will be a Jogging path and Nordic walking with rubber coating. Lovers lounge in the sun can relax on the sun loungers by the water. And for children, the Park will make two playgrounds.