The legend of the spire

The motives for the trip to Salisbury suspects in the “case Skripal” did not convince the West. 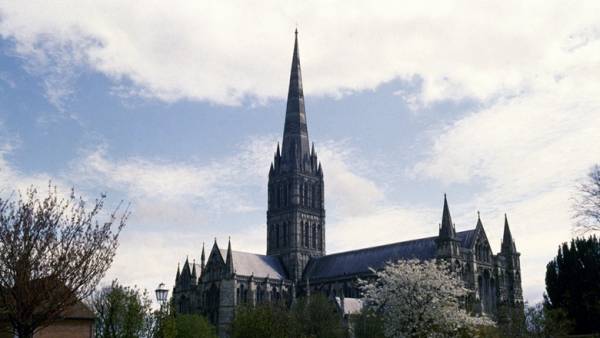 Interview with Alexander Petrov, and Ruslan Bashirov suspected by the British authorities in the poisoning of ex-GRU officer Sergei Skripal and his daughter, has not led to reducing the level of confrontation between Russia and the West. The hypothesis that men visited Salisbury as a tourist, in the office of the Prime Minister of the UK called “an insult to the mental abilities of the public”. And in the U.S. Congress have begun with even greater zeal to discuss ways of tightening sanctions pressure on Russia, mentioning in particular “the second wave is extremely tough sanctions” associated with the “business Skripal,” they can be entered in November.

Interview with Alexander Petrov, and Ruslan Bashirov was released on TV channel RT on the next day after Russian President Vladimir Putin said: “We certainly looked at what kind of people and know who they are”. And expressed the wish: “Let them come somewhere in the media”. Soon the Lord Petrov and Bashirov called the mobile phone of the chief editor of RT Margarita Simonyan and agreed to an interview.

Men called themselves businessmen “an average hand” and told me that he went to London to “off”, and in Salisbury to see the Cathedral with a high spire and a grandfather clock. Ruslan Bashirov explained that the plan was a trip to Salisbury the “one day”, but on March 3 when friends arrived there the first time, “the city had the snow collapse”. Due to the fact that Salisbury, according to Alexander Petrov, “was in full swill”, their “lasted only half an hour” and the sights they see are unable. That’s why the men returned to Salisbury the next day. They do not exclude that passed the house Skrobala because, according to them, do not know where this house is. Men are assured that do not work in the GRU and didn’t poison anyone. Assumptions of the British authorities that they had a toxic substance in the vial perfume bottles Nina Ricci, Alexander Petrov called “nonsense”.

The testimony of the Russians convinced not all. In the media and social networks has been named a rest to these questions. So, if Alexander Petrov, and Ruslan Bashirov fake names, according to British prosecutors, why men who deny this, are not shown on the camera their Russian passports?

Why interview any of the suspects in the poisoning not asked questions about low activity in social networks and began to ask in detail about their biographies and place of work?

The leader of the party “Civil initiative” Dmitry Gudkov in the air “Kommersant FM”:

The most important thing in this interview not sound any important questions. For example, it is possible to ask about the Cathedral in Salisbury is obvious that all sets of phrases from Wikipedia torn. Later in the interview asked why they had bought the tickets for a number of flights in one day, why passports are different. In General, this interview has not revealed the identity of Petrov and Bashirova — who are they? They say that doing some kind of sports nutrition, carry from Europe — which countries are that? And in response they say: we don’t want to call because we don’t want our partners found out. And while their appearance in the air of Russia Today did not cause similar issues?..