Emergency mode is entered in Armyansk in Northern Crimea

SIMFEROPOL, 14 Sep — RIA Novosti. A state of emergency will be introduced on Friday in the city of Armyansk and the surrounding villages in the North of Crimea, where previously there was a release due to evaporation of kilocalories chemical plant “Crimean Titan”, said the Deputy head of the Crimean management on protection, monitoring and prevention of emergency situations, Ministry of emergency situations of the Russian Federation Alexei Fridman. 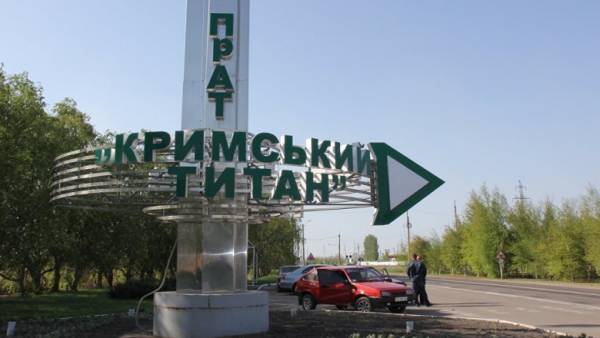 The regime will operate in Armyansk and the surrounding areas.

Friedman explained that no additional restrictions and measures will not be introduced, the introduction of mode CHS will allow to use funds from the reserve Fund.

“Special treatment areas, as continued and continued. All recommendations are valid, no further action will not be held. Monitoring is conducted”, — he said.